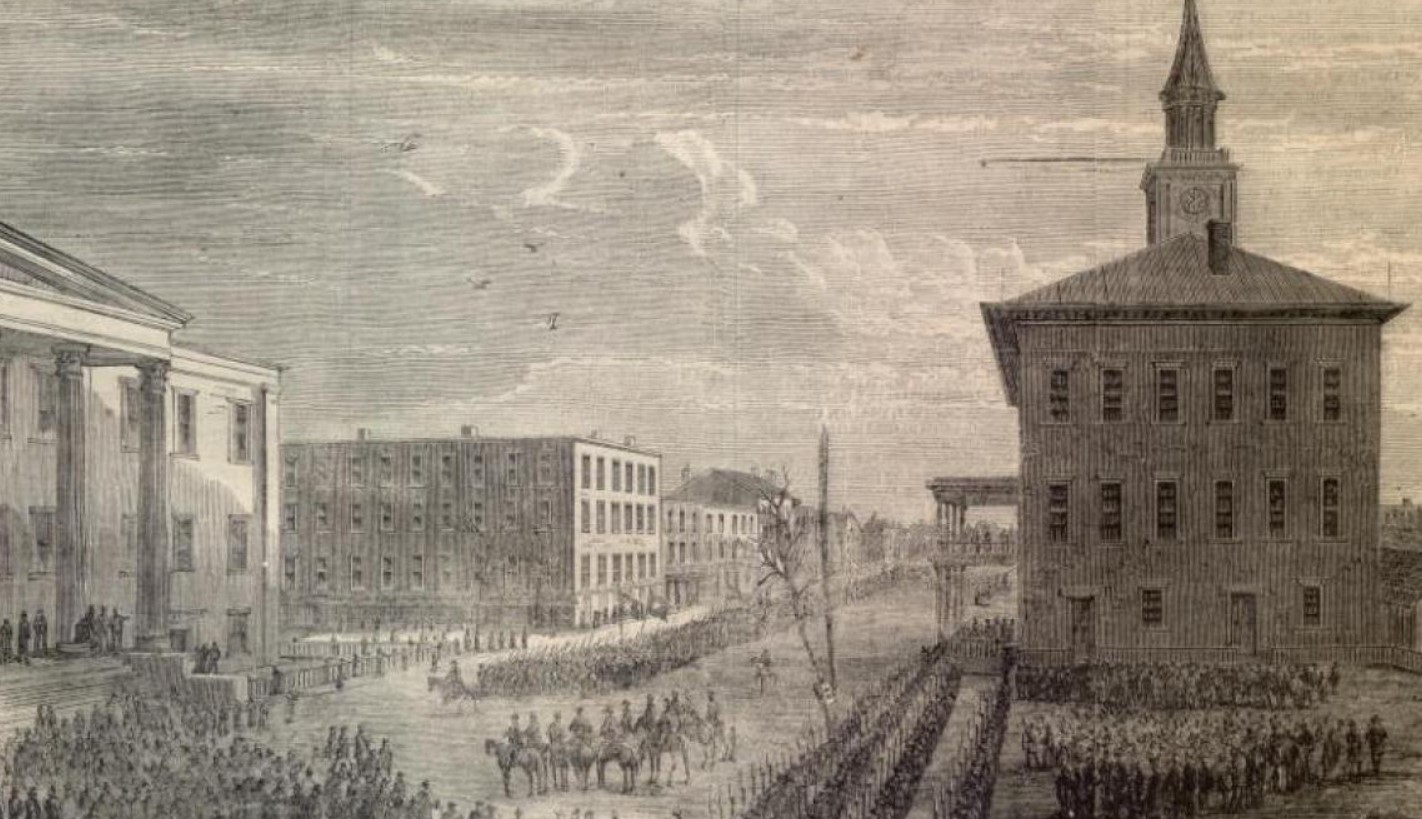 This gracious city’s antebellum prosperity suffered during much of the Civil War as exports of rice and cotton were curtailed by a Union blockade. Savannah fell to Gen. William T. Sherman just before Christmas 1864 following his famous “March to the Sea.” It was from here Sherman telegraphed Lincoln, presenting him “as a Christmas gift, the City of Savannah with 150 heavy guns and plenty of ammunition; and also about 25,000 bales of cotton.”

Sherman quickly prepared for his march into the Carolinas and much of his army left the city in a little more than a month.

Housed in a historic railroad passenger shed (circ 1850s), this museum gives an overview of the city’s history. Open 8:30 am–5 pm Monday–Friday; 9 am–5 pm weekends. $5/adult.

The oldest standing brick fortification in the state (1808), Fort Jackson was seized by state troops in January 1861. After the fall of Fort Pulaski in 1862, Fort Jackson and a small fleet of ironclads prevented the Union navy from getting too close to Savannah. Confederate soldiers garrisoned the site until Dec 20, 1864, when Sherman entered the city. The defenders abandoned the fort, burning buildings and throwing ammunition into the moat. A short film, exhibits in the casemates, and views from the ramparts are features. Daily living history during the summer. Open daily 9 am–5 pm. $6/adult.

Federal Fort Pulaski, guarding the approaches to Savannah since 1847, was taken by a group of Georgians following South Carolina’s secession in December 1860. A year later Union troops gained a foothold on nearby Tybee Island and prepared for an attack on Savannah with Pulaski standing in the way. The Southern garrison in the fort was cut off by the Federals by early 1862 and Union officers demanded the surrender on April 10, 1862. Thought impervious to cannon fire, Fort Pulaski instead proved unable to withstand the Union rifled guns.

The fort was wrecked and surrendered two days later. The Union victory here (the fort was repaired quickly) sealed off Savannah from regular commerce and proved the vulnerability of the old mason forts.

Visitor center offers exhibits and a 17-minute film. Trails explore the fort and the area.

This well-preserved Confederate sand and earth fort on the banks of the Great Ogeechee River guarded the southern approaches to Savannah. Built in 1861, the fort was shelled many times by Union ironclads during the war and survived. It finally was captured from the land side in December 1864 by Sherman’s troops. Museum exhibits and hiking trails are featured. Museum hours 8 am–5 pm daily; park hours 7 am–10 pm. $6.50/adult.