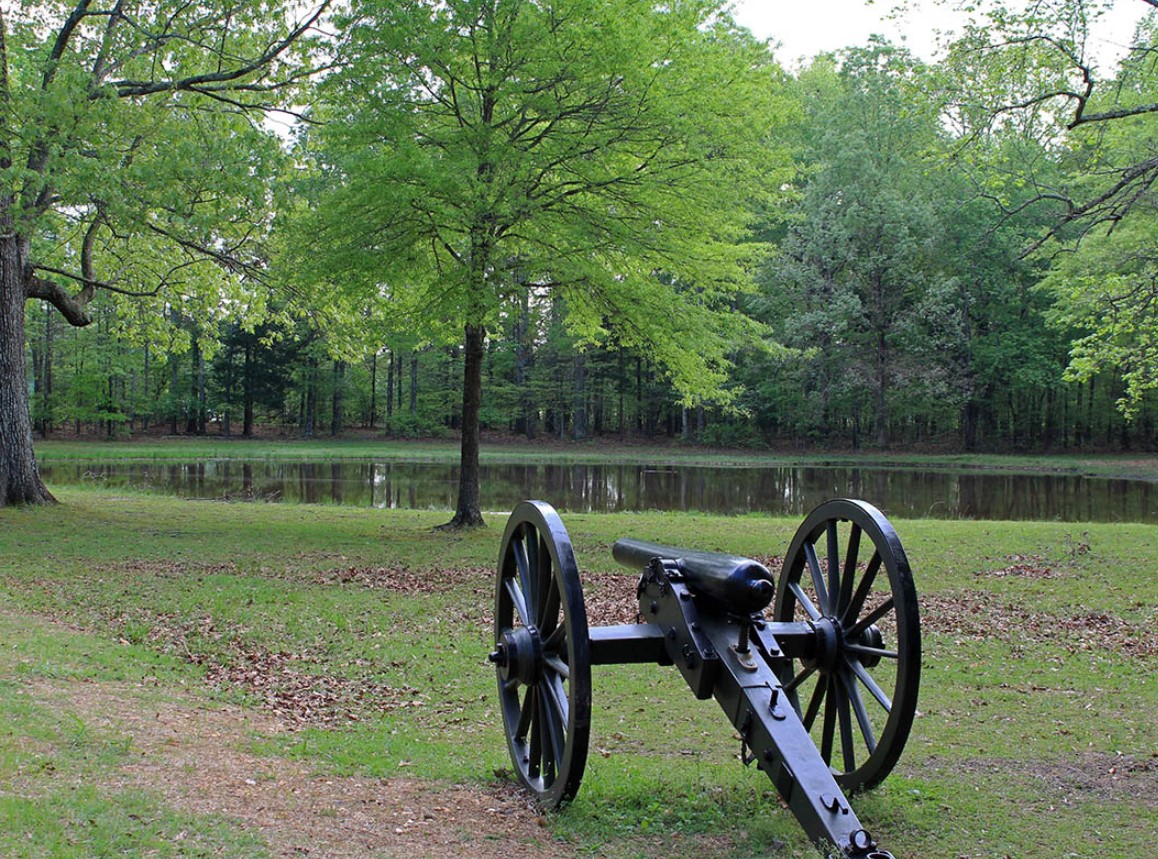 Trails”On to Richmond” was the battle cry of Northern politicians, military leaders and newspapermen as the war began. A quick, powerful thrust would cast aside Southern resistance, topple the Confederate capital and end the war. So went the promise.

Lee-GrantThe most direct road to Richmond was straight south. Northern armies under Gens. McDowell, Burnside, Hooker and Meade tried that road and found it blocked, most times by determined Confederates under Robert E. Lee. Finally, in the spring of 1864, U.S. Grant took command and drove relentlessly south. His soldiers marched into Richmond nearly a year later.

The countryside west of the Tidewater and east of the Blue Ridge Mountains between Washington and Petersburg is the most bloodsoaked in the country. Thousands died fighting at places no one had heard of before, places like Cold Harbor, Chancellorsville, Malvern Hill, Spotsylvania, Brandy Station and the North Anna River. More fell during encounters at places that had no name.

Their earthen fortifications, memorials to their deeds,