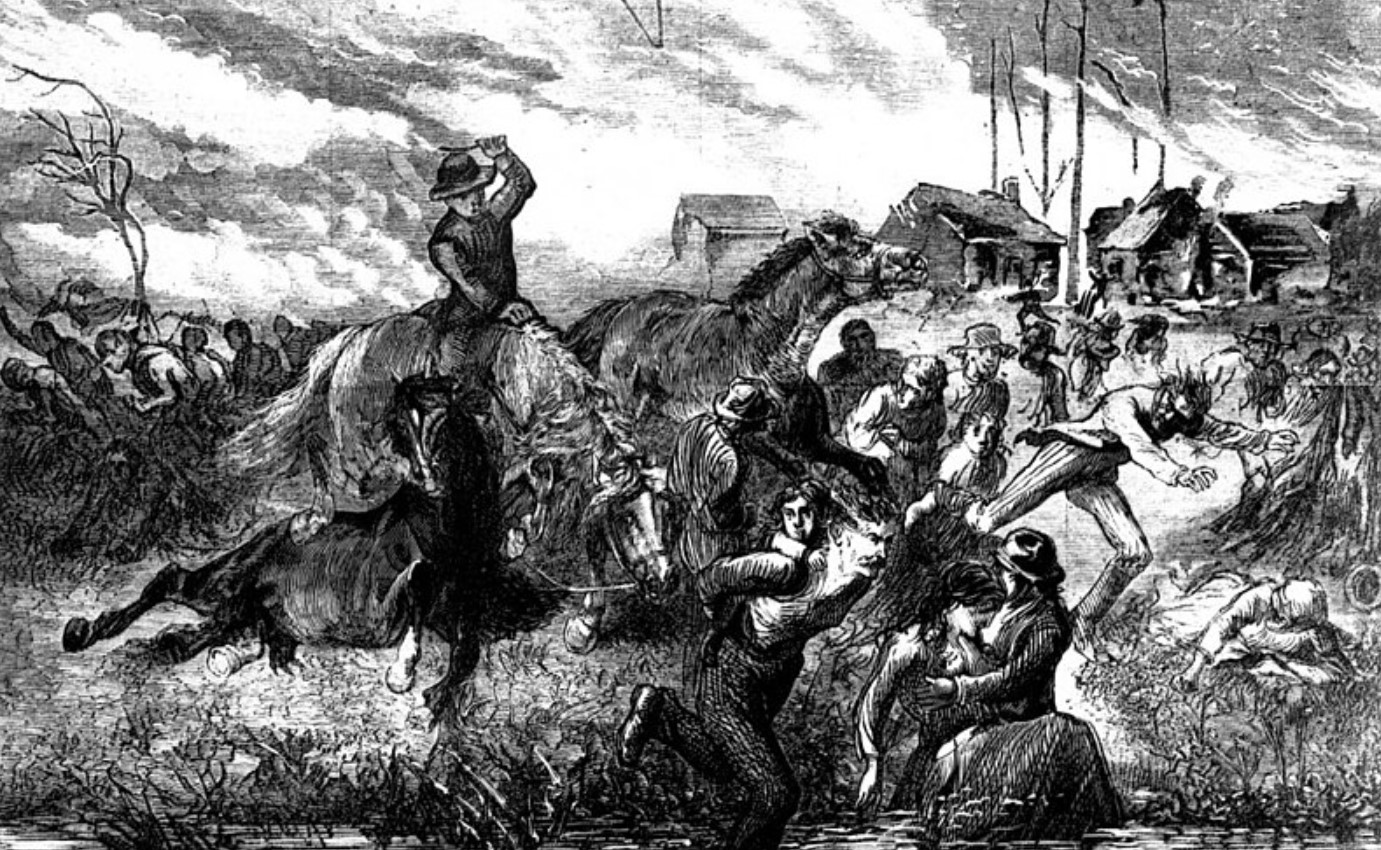 Cannon The first large-scale battle of the war was fought here near Pittsburg Landing on the Tennessee River April 6-7, 1862. The Confederate Army of the Mississippi led by Gen. Albert Sidney Johnston, marching north from Corinth, Ms, managed to surprise U.S. Grant’s Union army camped near the landing. The early-morning Confederate attack April 6 overran the Northern camps and forced the stunned Union army back toward the river. Stubborn resistance at places such as the Hornet’s Nest and the disorganization of the attackers staved off a Union disaster. During the fighting that first day, Johnston, regarded by many as the best Southern general, was killed. The Confederates, now under Gen. P.G.T. Beauregard, renewed the attack the next day, but timely Union reinforcements helped turn the battle around. Federal counterattacks swept the Confederates from the field and back to Corinth.

The battlefield park here is perhaps the best preserved in the country. A driving tour takes visitors past the site of such landmarks as the Bloody Pond, Hornet’s Nest, Peach Orchard and the site of Shiloh Church.

Note: The Corinth (MS) Civil War Interpretive Center is administered by this park. See the main park website for more information about that site.

Confederate commander Gen. Albert Sidney Johnston made his camp here after meeting with his top generals April 5, 1862, before the Battle of Shiloh. Awakened the next morning to the sound of musketry, Johnston rode to the opening battle and was killed just hours later.

Col. N.B. Forrest, protecting a field hospital and acting as rear guard for the Confederate army withdrawing from the Shiloh battlefield, met Union troops under Gen. William T. Sherman here April 8, 1862, in a field of “fallen timber.” Forrest received a serious wound here but led his troopers during the battle and retreat from the field. Sherman, satisfied that the Confederates actually were retreating toward Corinth, withdrew to his lines.

Pick up a walking tour of historic Savannah here. Stops on the tour include Cherry Mansion, 265 Main St, which was Grant’s headquarters before and after the Battle of Shiloh. Two Union generals died in the house after the battle. Public exhibits on the Tennessee River just below the private home and elsewhere on the riverfront highlight Civil War activities.

Excellent Civil War exhibits are one of the highlights of this well-done museum tracing the history of the Tennessee River. Artifacts relating to the Shiloh battlefield and other Civil War items are on display.

Savannah Union Gen. U.S. Grant was here the morning of April 6 when the Battle of Shiloh erupted 7 miles upriver. Boarding a nearby steamer, the general and his staff headed to Pittsburg Landing and the fighting. The mansion was owned by Unionist William Cherry. His wife, Ann, however, was an ardent Confederate with two brothers in the Southern army.

In the early spring of 1862, Union Gen. U.S. Grant took control of the Tennessee River as far south as Pickwick Landing. Grant made his headquarters just upriver at Savannah. He moved to Pittsburg Landing when Gen. A.S. Johnston attacked Union forces there resulting in the Battle of Shiloh.

Adamsville in the Civil War

Troops under Union Gen. Lew Wallace were stationed here in April 1862 as U.S. Grant’s army moved into southern Tennessee. Wallace moved out from here the first day of the Battle of Shiloh but failed to reach the battlefield in time (an early-war controversy). Wallace did arrive in time to turn the tide against the Confederates on the second day of the battle.

Devout Unionist Fielding Hurst, who raised a unit of Federal cavalry, lived nearby. Hurst became a controversial figure after his raids resulted in widespread destruction (including the burning of most of Purdy). Hurst’s actions eventually led to his resignation in December 1864.