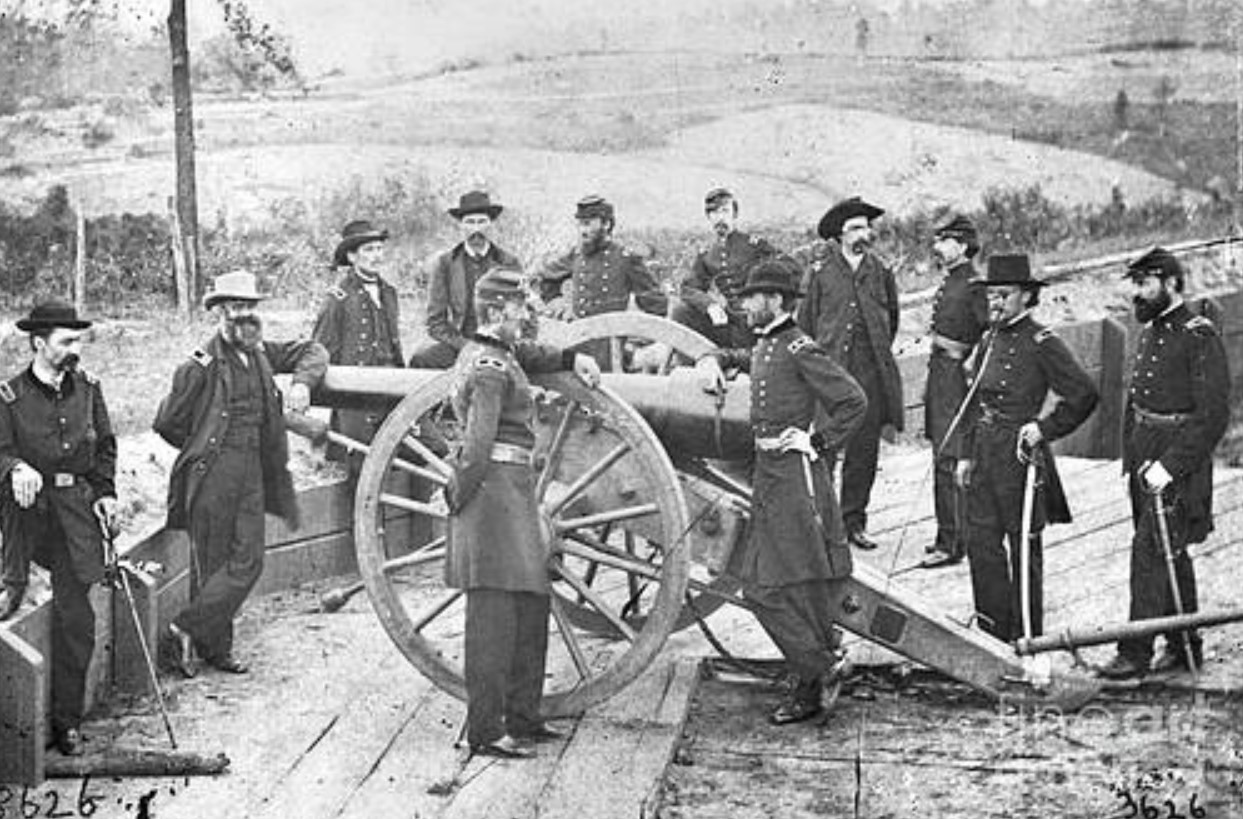 Following the battle at Kennesaw Mountain and Sherman’s continuing effort to turn his flank, Johnston withdrew to fortifications just northwest of the Chattohoochee River, the last major natural barrier in front of Atlanta.

Again Sherman was able to get around this position, crossing the river and directly threatening the city. Johnston was forced to abandon the Chattohoochee line July 9, falling back to within a few miles of Atlanta.

That was enough for Confederate President Jefferson Davis. Frustrated by what he perceived as Johnston’s unwillingness to fight an offensive battle and with Atlanta in mortal danger, Davis fired Johnston July 17 and installed Gen. John B. Hood in his place.

Following the battles, Sherman spent much of the next month tightening his grip on and bombarding the city.

By the end of the month, Sherman wanted and needed to finish the game. He ordered most of his army to march south of the city to cut the last remaining Confederate lifeline, the Macon and Western Railroad.

Hood’s reaction at Jonesboro (Aug. 31–Sept. 1) was too little and too late. Following the battle there, the Federals held a complete stranglehold on the city. On Sept. 1, Hood withdrew his army from Atlanta. The Union army entered the city the next day.

Sadly, the bloody and significant Atlanta battlefields have been overrun by the city’s rapid development after the war. Only glimpes of those once-rural places remain, almost lost among residential development and busy streets. Most of the time, roadside markers are the visitor’s only guide.

However, there is some help for those willing to investigate the dramatic events at Atlanta during the summer of 1864.

The park is located just south of the Bobby Jones Golf Course and a short distance north of I-75 Northside Drive exit near the intersection of Collier Road and Overbrook Road NW.

Markers there near the center of the battle describe the Confederate attack.

A good place to begin is the Cyclorama of Battle of Atlanta located in Grant Park. The July 22 battle is the subject of the painting and displays help describe the battle.

Hood established his headquarters here during the battle near this small (at the time) city cemetery. A historical marker notes where the Confederate commander watched the battle.

Tour brochure at the cemetery office identifies significant history of the cemetery and gravesites including Gen. John B. Gordon, Gov. Joseph Brown and Gone with the Wind author Margaret Mitchel.

Roadside memorials mark the locations where Union Gen. James MacPherson and Confederate Gen. W.H.T. Walker fell during the battle. Other historical markers include site of the Hurt House (on the grounds of the Carter Presidential Center).

A lopsided Union victory here — one of the most one-sided of the war — resulted from a disjointed series of Confederate attacks against strong Union positions. This battle was the last of Hood’s grand offensives during which he lost nearly a third of his infantry in 10 days.

Historical markers help explain the action here at the site of Ezra Church.

Remains of Confederate trenches can be found behind the grave of Lt. Edward Clingman (located in eastern outer drive), who was killed in the battle. Confederate marker located nearby.

Fighting here was a bright spot for the Confederates as they were able to decisively repulse Union efforts to destroy the critical Macon and Western Railroad.

Historical markers related to the battle on Cascade Road across from the park.

Sherman, tired of the stalemate around the city that developed after the ferocious July battles, sent most of his army south and west to this point to cut the last railroad into Atlanta. A Union victory here did just that, but Hood’s army managed to escape the city and assemble south of Jonesboro at Lovejoy.

As usual with the Atlanta-area sites, the battlefield no longer exists. A series of historical markers and several antebellum buildings in Jonesboro’s historic district help some.

Tour material is available at the Clayton County Visitors Center.