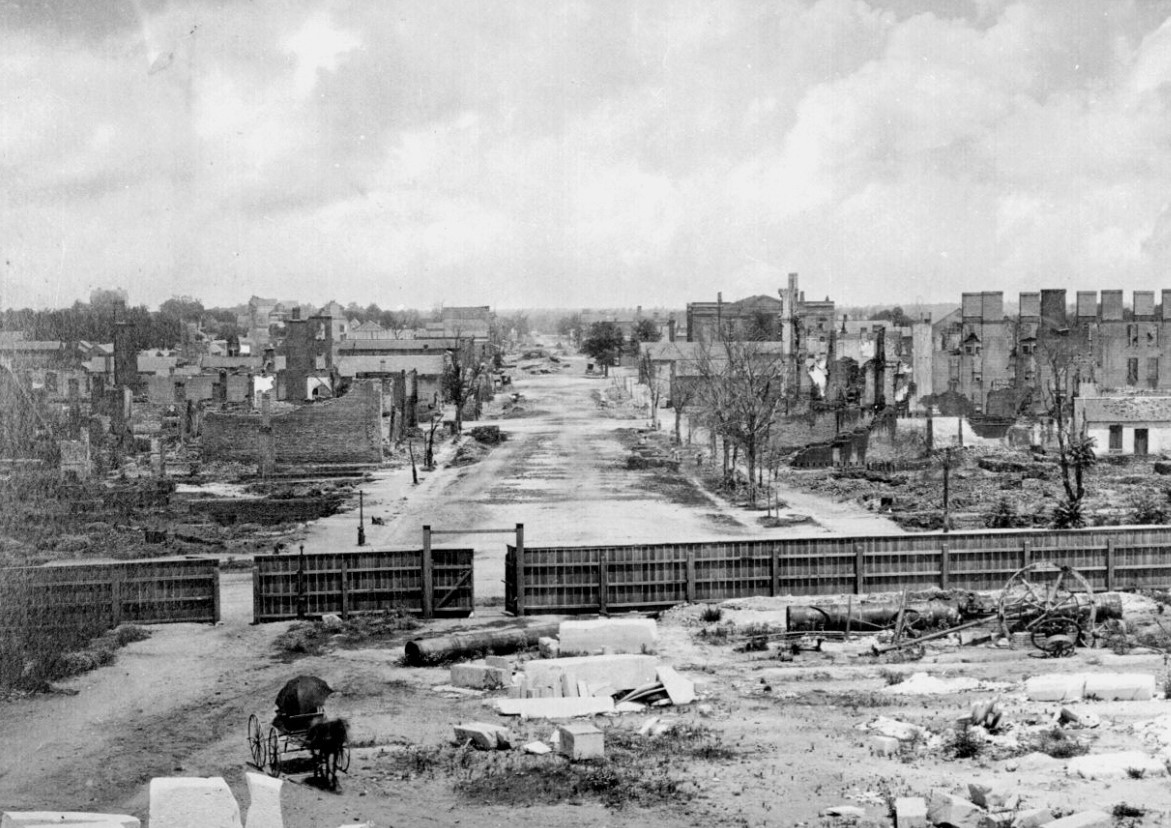 Sherman and many of his officers and troops looked forward to exacting revenge on South Carolina, birthplace of the Confederacy and scene of the first shots fired at Fort Sumter in Charleston Harbor. Sherman predicted his march through South Carolina would be “one of the most horrible things in the history of the world.” For many, it was.

Confederate resistance was ineffectual and Sherman’s army and its legions of “bummers” burned most of a dozen towns and uncounted barns, farmsteads and plantations on his month-long tear through the state.

Entrenched but outnumbered Confederates at the swampy Salkehatchie River held off Union Gen. William T. Sherman’s advance into South Carolina for two days, Feb. 2–3, 1865. Part of the state park here commemorates the battle and features a well-interpreted trail that circles Confederate earthworks just above the river and explains the final phase of the fighting here as Union soldiers emerged from the swamps to flank the Southern position. This battle marked the first and last major Confederate resistance in the state. The evocative historic area here makes the battle easy to understand and is well worth a visit. Self-guided walking tours of the battlefield available. Guided tours available by appointment. Park hours are 9 am–6 pm daily.

To get there: The park is located 7 miles southwest of Ehrhardt and 13 miles east of Allendale off Route 641. Follow the signs to the battlefield area.

Note: Broxton Bridge Plantation, a private bed-and-breakfast operation also preserves remnants of Confederate earthworks and offers tours of their part of the battlefield for a small fee and by appointment. 800-437-4858 or www.broxtonbridge.com.

The capital city of South Carolina surrendered to Sherman Feb. 17, 1865. Federal troops entering the city that day passed bales of burning cotton and other fires allegedly set by retreating Confederates. More fires appeared later in the day, set primarily by vengeful and largely out-of-control Union soldiers aided by local looters. The blazes swept out of control as winds picked up and night approached. Little effort was made to put the fires out. A change in the wind the next day halted the progress of the fires. Sherman’s troops left the city a few days later, leaving by some estimates almost half of the city in ashes.

A 20-stop self-guided tour of Sherman’s approach to and the occupation of Columbia is available in pdf format from www.shermansmarch.com under “Tours/Info.”

Scar This building was under construction (begun in 1855) when Union Gen. William T. Sherman’s troops arrived at the outskirts of the city. Sherman’s artillery caused some damage to the new construction. The “old” capitol building located nearby burned during Sherman’s occupation. Six bronze stars mark the spots where shells struck the building Feb. 16, 1865.

Civil War-related monuments on the grounds include a statue to Confederate Gen. Wade Hampton and a monument to Confederate soldiers with the controversial Army of Northern Virginia battle flag flying above it. Free guided and self-guided tours offered of the building. Very good orientation film. Open Monday–Friday 9 am–5 pm. Free.

Each museum offers Civil War material. The Relic Room may be an old-fashioned name, but the exhibits here are modern and excellent with emphasis on local and state Civil War history. Great flag collection and well-selected artifacts. State Museum highlights include a scale model of the H.L. Hunley submarine and one of the few copies of the original Ordnance of Secession. Also on display are artifacts from the famous 1856 Brooks/Sumner caning episode on the US Senate floor that inflamed sectional feelings on both sides.

Both museums are open 10 am–5 pm Tuesday–Saturday. State Museum also open 1–5 pm Sunday and Mondays between Memorial Day and Labor Day. Relic Room is open the first Sunday of each month 1–5 pm.

A steep walking path from the excellent zoo and gardens leads down to the Saluda River and the ruins of the Saluda Mill and an interpretive center. Exhibits at the center tell the story of Sherman’s occupation and the destruction of the sprawling mill on the site. Area accessible only with zoo admission. Open daily 9 am–5 pm. $9.75/adult. 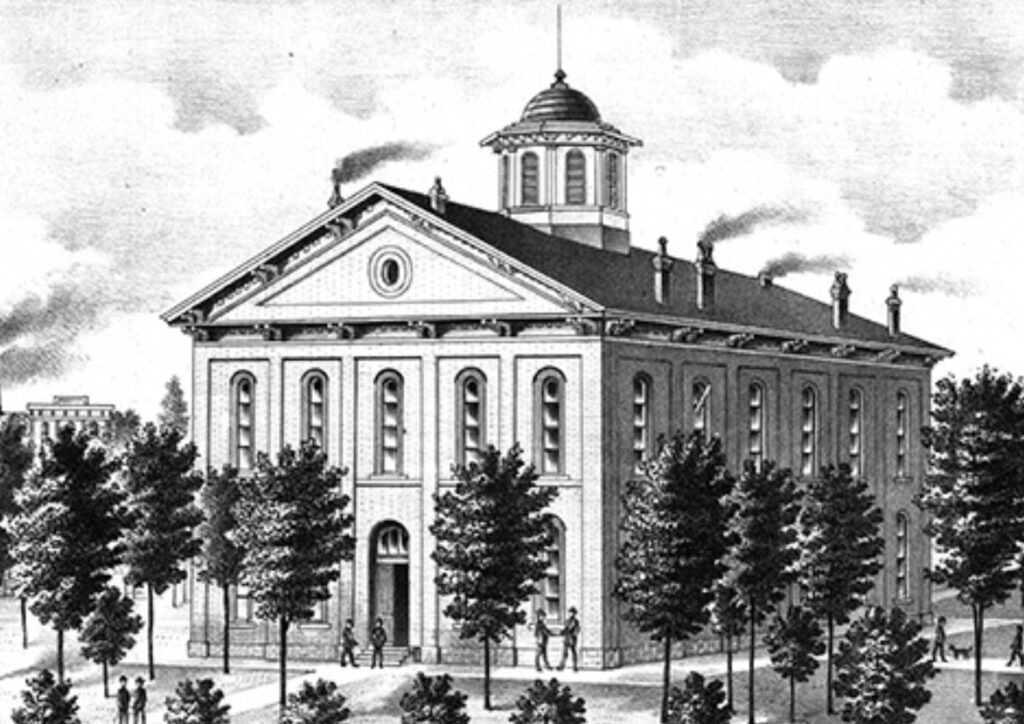 Church The South Carolina secession convention met here for the first time Dec. 17, 1860. Fear of an outbreak of smallpox caused the move of the proceedings to Charleston. Today’s still-active church retains its 19th-century exterior and interior appearance. The table on which the secession document was drafted and other items related to that day are preserved in a small museum area. Free. Informal tours are available. Ask at office. Open daily during business hours.

The building, home to two prominent Columbia families, dates from 1818. It was altered and expanded several times before the Civil War. Union Gen. John Logan used the home as his headquarters during the occupation. He was prepared to burn it but was stopped by a nun bearing Sherman’s order to hand the home over to her after her girls’ school burned. Guided tours are offered 10 am–3 pm Tuesday–Saturday; 1–4 pm Sunday. Purchase $6/adult tickets at the Robert Mills Welcome Center and Museum Shop across the street.

This pleasant, small crossroads town was the focus of much activity in late February and early March 1865 when Union Gen. William T. Sherman gathered his forces in and near Cheraw for the final push into North Carolina. Cheraw was one of the last “safe havens” for Confederate refugees and material from coastal areas. A walking tour brochure of the historic area including Civil War sites is available at the Chamber of Commerce.