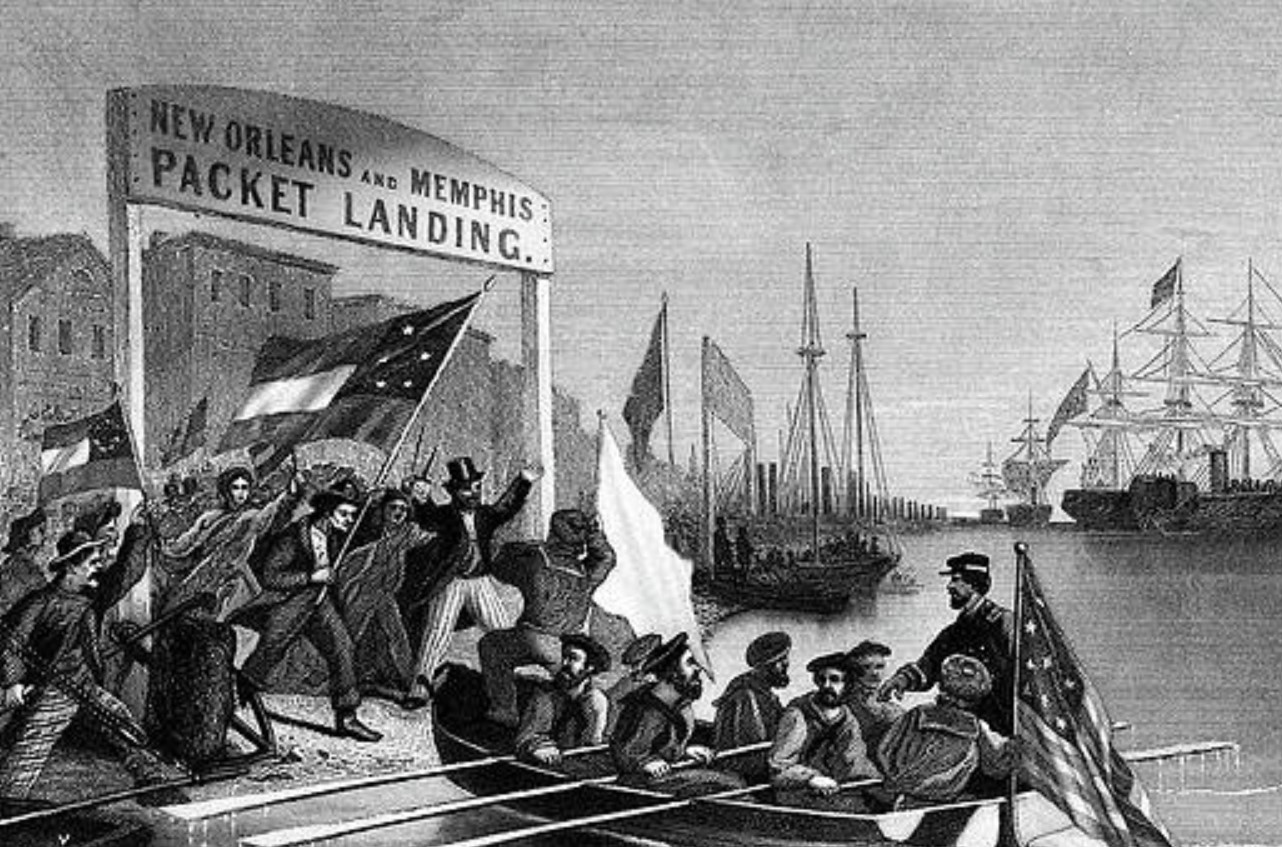 As the largest city in the Confederacy and the southern gateway on the Mississippi River, New Orleans became an early Union target.

After days of heavy bombardment in April 1862, a Union flotilla under Capt. David Farragut passed the Confederate-held forts at the mouth of the Mississippi and steamed toward the city. New Orleans officials, finding themselves under the gun from both Union navy and army forces, surrendered the city April 28.

The Federal occupation proved to be famously obnoxious with new Federal commander, Gen. Benjamin Butler, issuing a series of orders objectionable to the citizens of the city. His General Order No. 28, for instance, dictated that any woman seen showing contempt for Union officers was to be treated as a “woman of the town plying her avocation.” Butler also was accused of various other atrocities and theft.

“Beast” Butler was reassigned out of New Orleans later that year, but his memory still lingers. Visit the Confederate Memorial Hall for much more on Butler and the city during the war.

Founded by Confederate veterans in 1891, this museum’s exhibits focus on New Orleans before and after Union occupation in April 1862. Confederate President Jefferson Davis died in the city in 1889, and he lay in state here. Many items representing Davis and his family are on exhibit here. Open Tuesday–Sunday 10 am–4 pm. $8/adult.

Certainly one of the most historic buildings in the country, the Cabildo was built in 1795 and was the site of the Louisiana Purchase Transfer ceremonies in 1803. The building now serves as a Louisiana history museum with exhibits describing the state from the earliest days including sections on the antebellum period and the Civil War. Open Tuesday–Sunday 10 am–4:30 pm. $6/adult.

Fort Jackson was constructed 1822-1832 to protect the mouth of the Mississippi and New Orleans. A Union fleet under Admiral David Farragut approached the Confederate-controlled fort and its older companion across the river, Fort St. Phillip, on April 16, 1862. After suffering a six-day bombardment, the fort surrendered, opening the door to New Orleans. The fort is open to the public.

Metairie Cemetery, junction of I-10 and Metairie Road, New Orleans – One of the most famous cemeteries in the world, opened in 1872, holds the remains of Gens. P.G.T. Beauregard, John B. Hood and Richard Taylor, among many other notables.