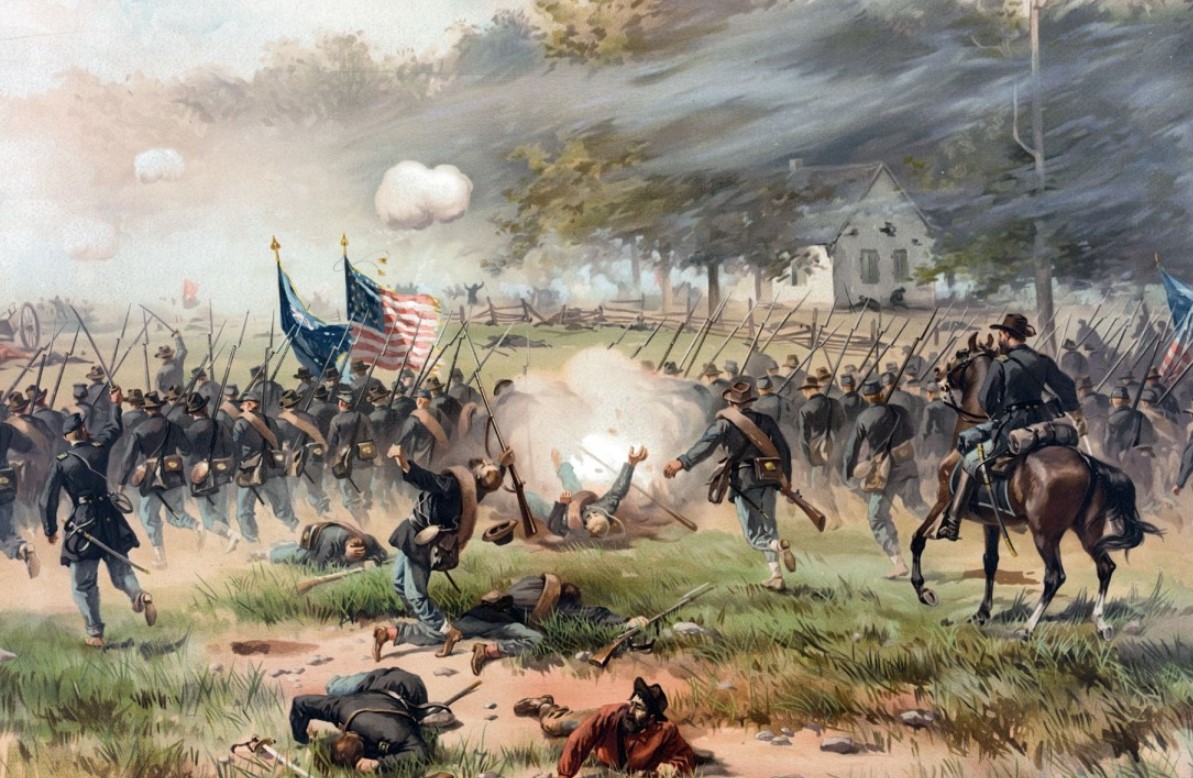 Intense fighting here in cornfields and woods, along creeks and roads, and around a tiny country church Sept. 17, 1862, resulted in the bloodiest single-day battle of the war. Federal losses were 12,410; Confederate casualties totaled 10,700. A driving tour takes visitors to key parts of the battlefield including the Dunker Church, the Mumma Farm, the Sunken Road and the Burnside Bridge. It covers the three phases of the battle from the initial Federal attacks early in the morning through the North Woods, into midday at the Roulette Farm, and then the final afternoon phase along Antietam Creek. A National Cemetery holds the remains of more than 4,500 Union soldiers. The visitor center offers ranger help and a film. Ask for information about the battles of South Mountain and Shepherdstown. 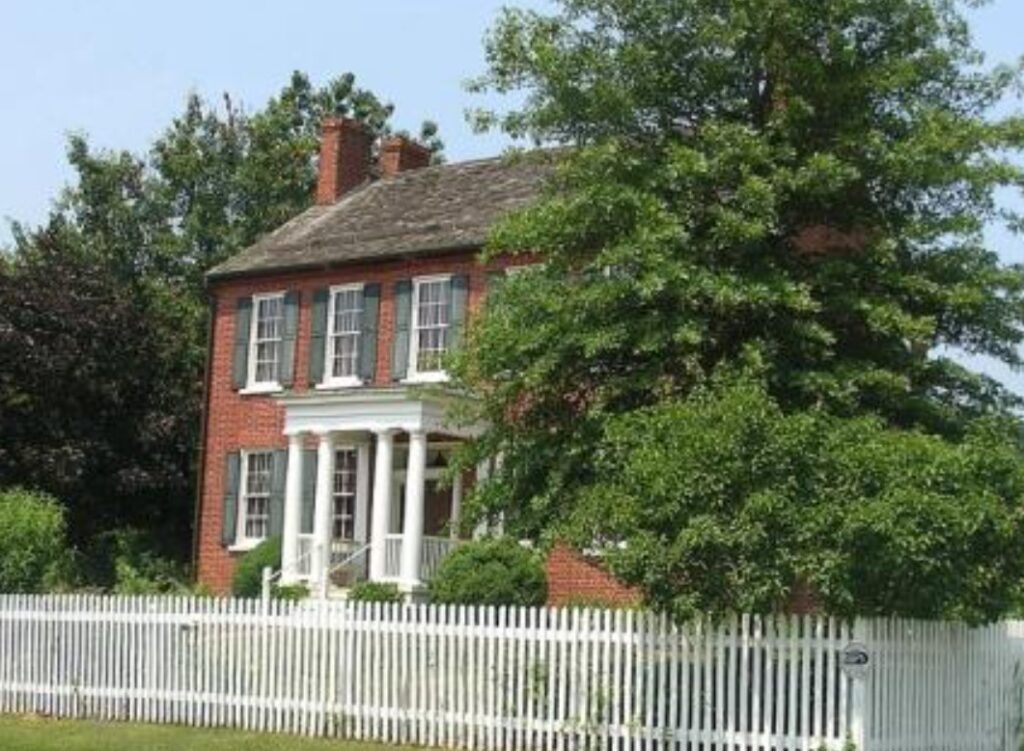 This building, used by the Union high command during the battle, now houses medical exhibits emphasizing the challenges faced on the Antietam battlefield. A recreation of a field hospital is located in one room.

The museum is operated by the National Museum of Civil War Medicine in Frederick. 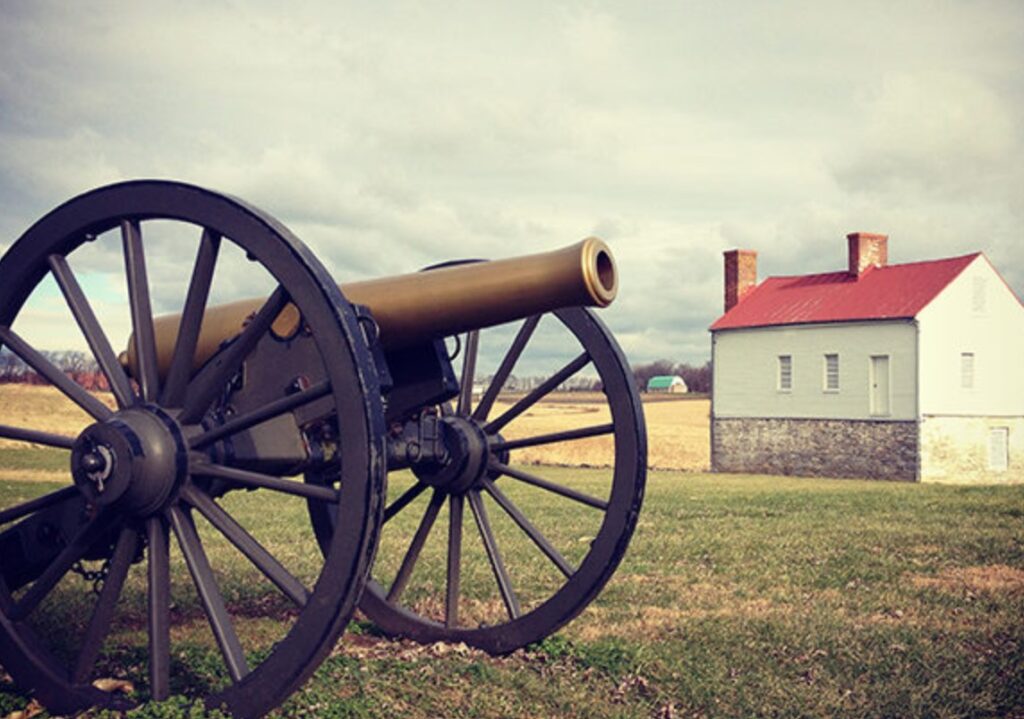 Exhibits in this historic building on the Antietam battlefield highlight the area’s rich Civil War history and the museums and sites in this Maryland Heritage Area (Washington, Carroll and Frederick counties). Open daily 11 am-5 pm Memorial Day through October, weekends 11 am-5 pm November-early December, and in May. Free.

Farm buildings here were a backdrop for a famous meeting between Union Gen. George McClellan and President Abraham Lincoln following the Battle of Antietam. Famous photographs reproduced on the sign here.

Post-war station hosted the return of many veterans participating in reunions and individual visits.

Located across the Potomac River from Shepherdstown WV and just a few miles from the Antietam Battlefield, Ferry Hill was a prominent location during the Civil War. The mansion was home to Henry Kyd Douglas, who became the youngest aid to Confederate Gen. Stonewall Jackson. The house is part of the C&O National Historical Park and is open with Civil War exhibits. Hours: 9 am-4:30 pm daily during the summer. Free.

St. Marks was pressed into service as a hospital shortly after the Battle of Antietam, fought 6 miles south of here. Wounded were treated here for six weeks following the Sept 17, 1862, battle. The church again turned hospital when elements of the Confederate Army of Northern Virginia passed by following the Battle of Gettysburg.

John Brown rented this farm in July 1859 to train his men and stockpile arms and ammunition for his raid on Harpers Ferry. He and his “Provisional Army” struck in October. The farm is privately owned and is open by appointment for a fee. You can stand in front of the house and listen to several recorded messages played on the front porch. Civil War Trails sign.

First and Second Battles of Hagerstown

Trails signs in the Hagerstown public square near the visitor center

The citizens of Hagerstown witnessed fighting in the streets twice following the Battle of Gettysburg. On July 6, 1863, while Lee was retreating to the Potomac River, Union cavalry tried to clear the town of Confederate defenders but were unsuccessful. Six days later, a second Union attempt, led by Gen. George A. Custer, succeeded in taking the town.

More than 2,000 Confederate soldiers who died during battles of Antietam and South Mountain are buried here. The remains were relocated here from the battlefields nearly a decade after the war ended. Only 346 graves are identified.