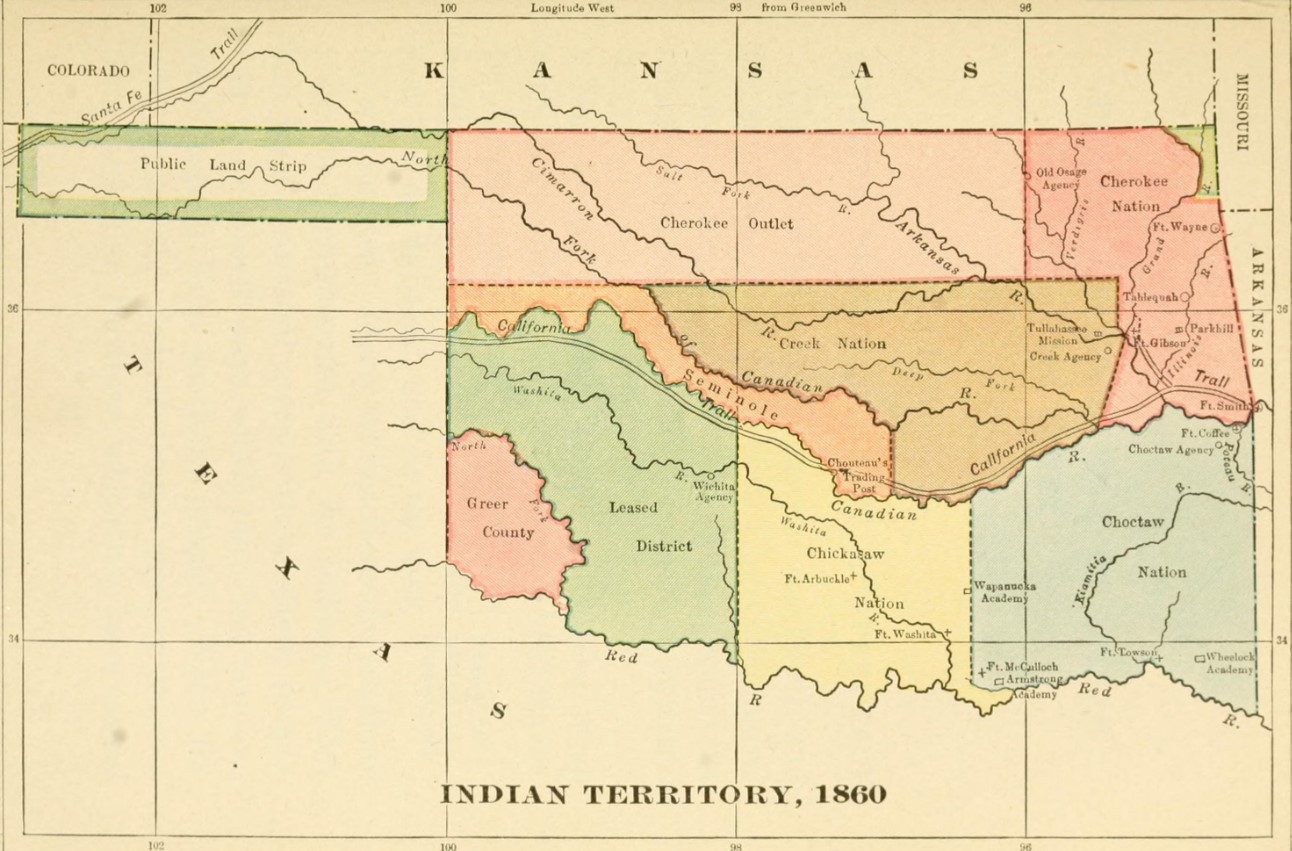 Established in 1824, Fort Gibson became a rather endangered Union outpost in Indian Territory. From here in 1863, Federal troops launched an offensive that resulted in the Battle of Honey Springs. Admission fee.

Established in 1824, the fort was abandoned by the time of the war, the buildings here became a Confederate headquarters. The last surrender by a Confederate general (Stand Waite, June 23, 1865) was nearby at Doaksville. Related exhibit here. Open 9 am–5 pm Monday–Friday and 1–5 pm weekends. Free.

Established in 1842, Fort Washita was abandoned to the Confederates April 1861. In a confrontation here between Texas Confederate troops coming to take over the fort and the Federals who were leaving, both demanded the others’ surrender. Violence was avoided, though, as each force ended up going its separate way. Museum open 8 am–4:30 pm Monday–Saturday, noon–4:30 pm Sunday. Free.