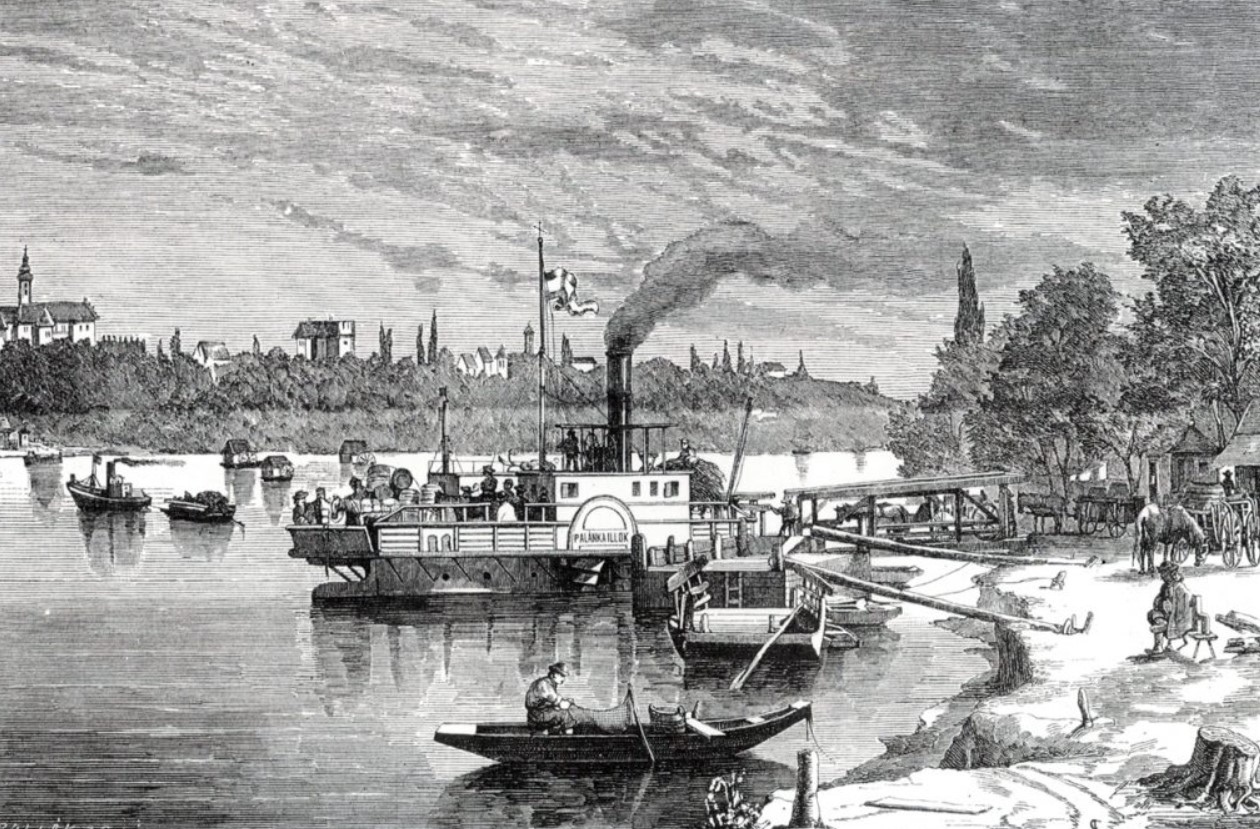 The Union victory at Shiloh in April 1862 made Confederate control of the Mississippi River in Tennessee impossible. Following a brief gunboat battle below the Memphis bluffs on June 6, 1862, Confederates abandoned the city. Memphis became a vital supply depot and staging area for Union campaigns.

Five galleries in the Mississippi River Museum on Mud Island are devoted to the Civil War. Highlight is a simulated battle between a gunboat and a river battery (very near where a real one happened). A reproduction of the front of a Union gunboat, uniforms, artillery pieces and many other items related to the war on the Mississippi are on display. The role of the Cumberland and Tennessee Rivers also is examined.

The museum is included in the Mud Island Park admission. Monorail roundtrip and guided River Walk tour are part of the package. Open mid-April through October 10 am-5 pm, extended hours during the summer. $8/adult.

This notable home has hosted presidents and high-ranking politicians and military figures since it was built circ. 1840. During the Civil War Confederate Gen. Leonidas Polk stayed here. Union Gen. U.S. Grant established his headquarters here after the fall of Memphis. As the war moved away from the city, the house served as a hospital and lodge for wounded Union soldiers. After the war a Freedman’s Bureau school was established here. 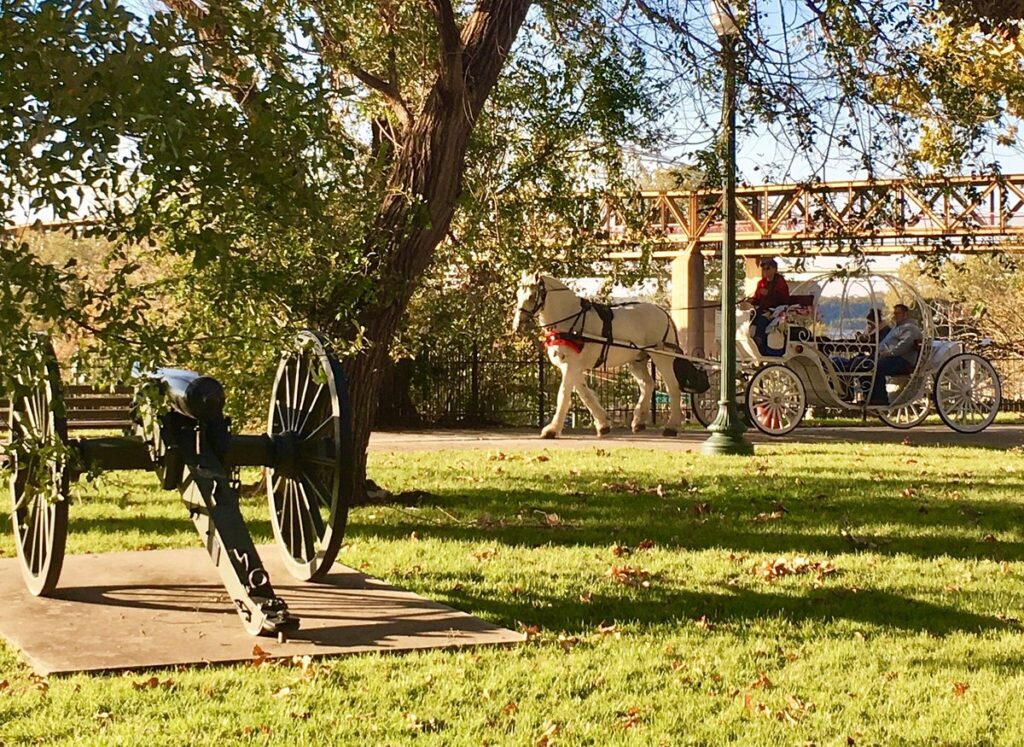 Thousands of civilians watched the naval Battle of Memphis from these bluffs above the Mississippi River on June 6, 1862. Shortly after the battle, Union soldiers occupied the city. A Confederate reunion, drawing more than 125,000 visitors was held here in 1901. The space became a public park in 1906. The park honors several Confederate figures.

Established in 1852, this cemetery holds the remains of some of Memphis’ most colorful characters including Gov. Isham Harris, who led Tennessee out of the Union in 1861, and Confederate Gen. Gideon Pillow. Author Shelby Foote is also buried here along with the remains of more than 1,000 Confederate soldiers and three Union victims of the Sultana steamboat disaster.

Thousands of unknown Union soldiers are buried here in a cemetery established shortly after the war. Memphis was the site of large hospitals after the Union takeover in 1862 and the dead from these facilities, area camps and battles were reburied here. Many of the victims of the April 1865 Sultana riverboat disaster are interred here.

Confederate authorities established this fort in June 1861, building earthworks at the site of a frontier-era fort. Union Gen. William T. Sherman ordered the fort expanded after the Union takeover in 1862. The site became one of the great supply and staging areas in the West. Hundreds of slaves, escaping from surrounding states, found work here. Camps provided housing, churches and schools for the men. Later, some of the ex-slaves manned the fort’s guns as U.S. soldiers.

Located just north of the stage route between Memphis and Nashville, this home was a popular stop for soldiers from both sides. The plantation managed to operate throughout the war despite many family members joining the Confederate army.

In order to protect the important Memphis & Charleston Railroad from sudden cavalry raids, the Union high command ordered fortifications to be built in Germantown. The fort did little to deter further cavalry raids that simply bypassed the strongpoint.

Union troops came to Germantown in June 1862 and occupied houses, churches and other buildings in the town. The Memphis & Charleston became the focal point of the Federal garrison, complete with earthen fortifications and stockade. Confederate raiders made frequent forays along the railroad in the area.

The railroad here was the Memphis & Charleston line during the war. Captured by Union forces in the late spring of 1862, the railroad was the subject of numerous Confederate raids aiming at disrupting the transportation of Federal troops and supplies. The raids prompted Union authorities to establish camps and fortifications nearby.

This 1851 church is the lone survivor of Federal occupation beginning in 1862. The building was spared from an order to burn all public buildings in the area. The church was used as a Union hospital, commissary and stable.

Nearly every able-bodied man in the county enlisted in the Confederate Shelby Grays in 1861. The unit first saw action at Shiloh in April 1862, then fought in nearly every major battle in the Western Theater. They joined Gen. Joseph Johnston early in 1865, then fought with him at Bentonville (NC). Only half of the unit’s men returned home after the surrender at Greensboro (NC).

Collierville (east of the city)

As Union Gen. William T. Sherman advanced east toward Chattanooga in early November 1863, Confederate Gen. Joseph Johnston ordered Gen. James Chalmers to harass the march and break up the railroad behind him. Chalmers attacked what he believed to be a small garrison at Colliersville, but he soon found the Union defense more than he could handle.

Colliersville’s strategic location on the Memphis and Charleston Railroad provoked much attention from both sides during the war. Union forces often occupied the town and Confederates operated against it, hoping to disrupt the Federal supply line. Three thousand Confederate cavalrymen attacked about 600 Union soldiers camped along the railroad on Oct. 11, 1863. The Southerners stopped a train. Among the passengers was Gen. William T. Sherman. A hasty Union defense and the approach of reenforcements saved the day for the famous commander.

Confederates built river fortifications north and south of here early by the summer of 1861. As Federal troops moved to control the river in the spring of 1862, the forts fell into Union hands. The loss of the forts contributed to the Confederate loss of Memphis following a river battle June 6, 1862.

On the evening of April 8, 1863, a Union force under Union Col. Fielding Hurst attacked and captured most of the First Tennessee Partisan Rangers. Most of the prisoners were sent to various detention facilities. One of the prisoners, Capt. John Green, escaped and made his way back to the region where he retrieved a gun he had hidden in a mattress during the fight.