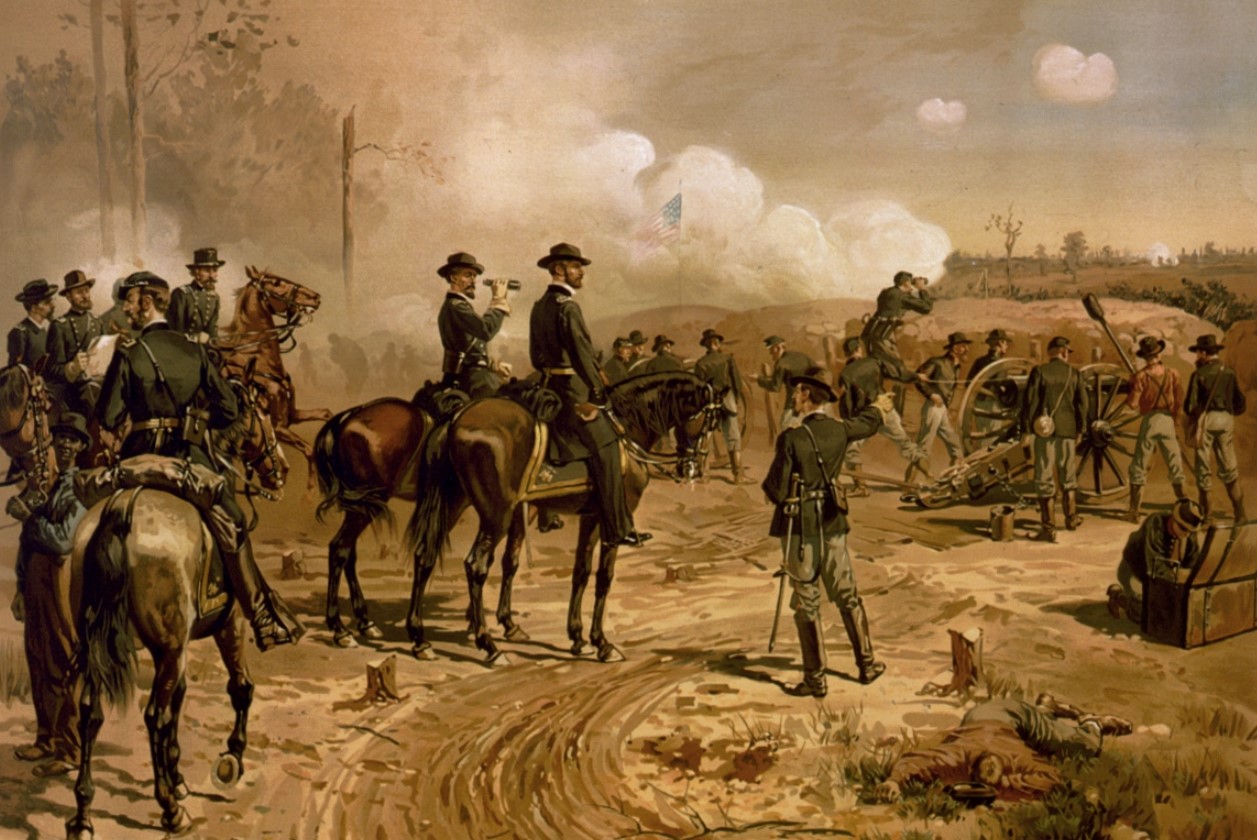 Northern and Southern armies passed through this interesting and still evocative city on their way to Antietam in 1862; and parts of the Union army went north through here on the way to Gettysburg in 1863. Confederate Gen. Jubal Early demanded (and got) a $200,000 ransom here before fighting near the Monocacy River just south. The influx of wounded to the city following the big battles makes it a natural location for the National Museum of Civil War Medicine listed below.

The park visitor center offers interactive and other high-tech displays and vignettes describing the battle from a variety of perspectives. Pick up a driving tour brochure here. Open daily 9 am–5 pm. Free.

Exhibits tell the story of the sick and wounded using artifacts and illustrations. The museum examines changes in surgical techniques and nursing, the role of nurses, the battle against disease, field medicine and hospital structure. Open 10 am–5 pm Monday–Saturday; 11 am–5 pm Sunday. $9.50/adult.

Trails sign on northwest corner of All Saints and Market streets, Frederick MD 21701

Two main stories here with a good view of the Civil War-era B&O Railroad Station. President Abraham Lincoln gave a short speech to Frederick residents from the back of his train car here after visiting the Union army following the Battle of Antietam in 1862. Almost three years earlier, on Oct. 17, 1859, fire militia units left from this station to tend to the emergency at Harpers Ferry (John Brown’s Raid).

On July 7, 1864, lead elements of Confederate Gen. Jubal Early’s army clashed with Union soldiers coming toward Frederick from Monocacy Junction about 3 miles south of here. The little battle was a standoff. The small Union force withdrew toward the junction when the rest of Early’s army approached. The much bigger Battle of Monocacy followed two days later.

Hundreds of Civil War soldiers, most casualties from the Antietam and Monocacy battlefields, are buried here. Mass grave for Confederate soldiers established in 1880. Francis Scott Key and Barbara Fritchie also are buried in this cemetery, established in the 1850s. Open 8 am–dusk.

Enduring story of the old woman who defied Stonewall Jackson in September 1862 is memorialized in her reconstructed home. The tale, romanticized in the famous Whittier poem, is probably not true. Civil War Trails sign.

The Battles of South Mountain

This mountain range extends from the Potomac River and runs the depth of eastern Maryland into Pennsylvania. Elements of both armies moved from the Frederick area to the Antietam battlefield over the South Mountain. As Lee began concentrating around Sharpsburg, he ordered the gaps defended. Federals, trying to relieve the siege at Harpers Ferry, attacked Crampton’s Gap Sept. 14, 1862, while other Union forces assaulted Fox’s Gap and Turner’s Gap, following Lee’s army. The thin but stubborn Confederate defense purchased much-needed time for Lee – both to capture Harpers Ferry and construct a defense near Sharpsburg.

All three gaps offer interpretation of the battle.

One of the more unusual Civil War-related parks with the War Correspondent’s Arch dominating the pass. The arch and nearby area was developed by famed Civil War correspondent George Alfred Townsend, whose pen name was “Gath.” Markers and maps provide good interpretation of the fighting there and other gaps at South Mountain in 1862.

Civil War Trails and other markers explain the fighting Sept. 14, 1862 and the deaths of Confederate Gen. Samuel Garland and Union Gen. Jesse Reno. Park near the monument to the northern general on Reno Monument Road where it intersects with the Appalachian Trail.

Civil War Trails and other markers located at and near the South Mountain Inn, 6132 Old National Pike, Boonsboro MD 21713

Civil War Trails and other markers describe the strong Confederate position here on the National Road (now Alt U.S. 40). The strength of the defense here forced the Federals to attack both the left and the right (at Fox’s Gap) of the Confederate line. The Confederates were able to hold on, buying Lee valuable time at Sharpsburg.

The Washington Monument here was the first to honor the first president. It was used by both sides during the war as an observation post. Great views from here. Good little museum (open seasonally) in the main parking area has material on the Battle of South Mountain. Parking fee applies. Civil War Trails sign.