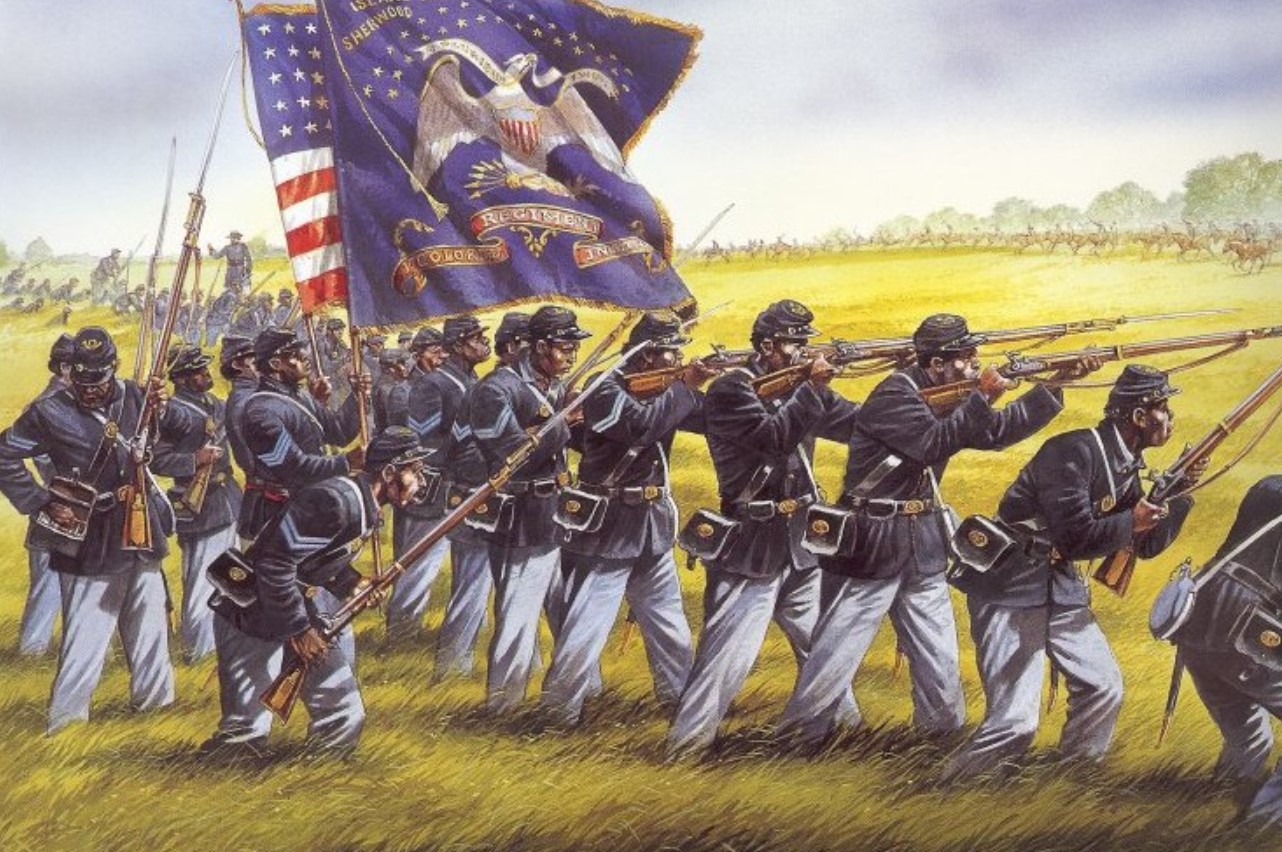 Three thousand Union soldiers, marching out from Fort Gibson, engaged the Confederate stronghold at Honey Springs on the Texas Road July 17, 1863. The Confederates had been troubling the tenuous Union supply line from Kansas and threatening to concentrate and re-take the fort. The Federals, outnumbered nearly 2:1 at Honey Springs, used superior firepower to overcome Southern resistance in a four-hour battle. Sometimes called the “Gettysburg of Indian Territory,” the battle effectively ended massed Confederate operations in the region and opened the way to continued Federal occupation of the area. The battle is distinguished by the diverse nature of the troops involved on both sides. American Indians made up most of the Confederate force, but many fought on the Union side during the battle. Black troops, the First Kansas Colored Volunteer Regiment, played a key role in the Federal victory.

An interpretive center and six walking trails with 55 wayside exhibit signs cover both battle lines and areas of hand-to-hand fighting on this 3,000-acre battlefield.

A part-time visitor center and six walking trails with 55 wayside exhibit signs cover both battle lines and areas of hand-to-hand fighting on this 3,000-acre battlefield. 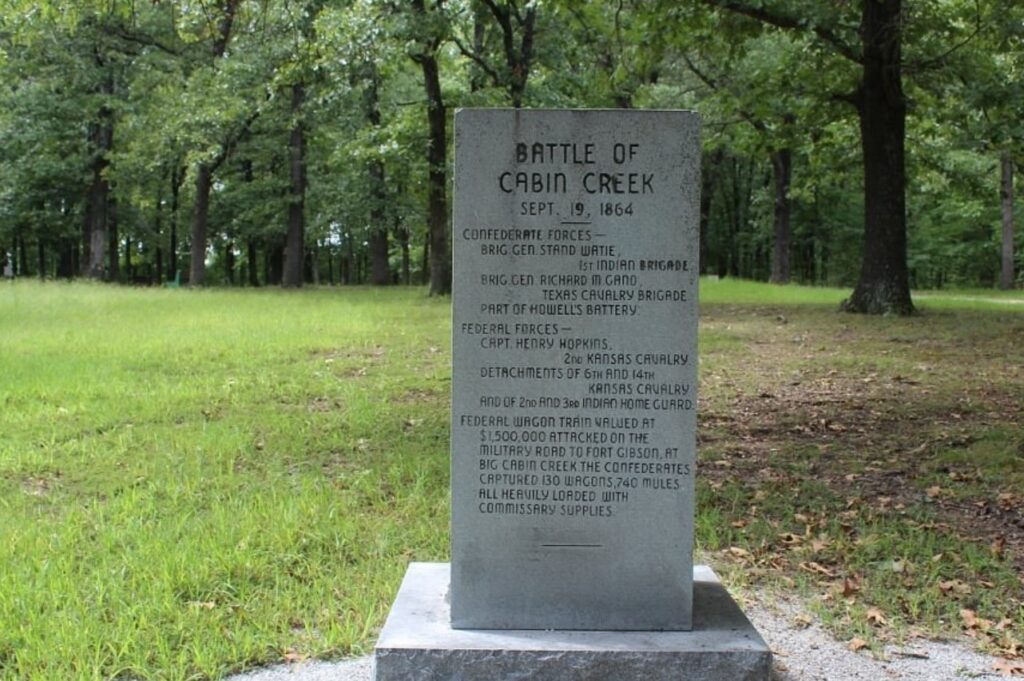 Two battles, both involving famed Indian Gen. Stand Watie, were fought on a busy and critical Union supply corridor. During the first battle, fought July 1-2, 1863, Waite failed to stop a supply wagon train heading toward Fort Gibson. The arrival of the supplies bolstered the Union offensive a few weeks later that resulted in the Battle of Honey Springs. The battle was one of the first for U.S. black troops fighting as a unit west of the Mississippi.

The second battle, Sept. 18, 1864, was a success for Waite when he again attacked a Union supply train at the crossing here. The Confederates captured 130 wagons. It was the last engagement of the war in Indian Territory.

To get there: From Adair OK on U.S. 69, take Highway 28 east toward Pensacola OK. Go about 8 miles. Just before you get into Pensacola, you will cross a creek (not Cabin Creek) and very soon come to a feed store. Just before the feed store is a road and a sign directing you to the battle site. Turn north at that intersection.