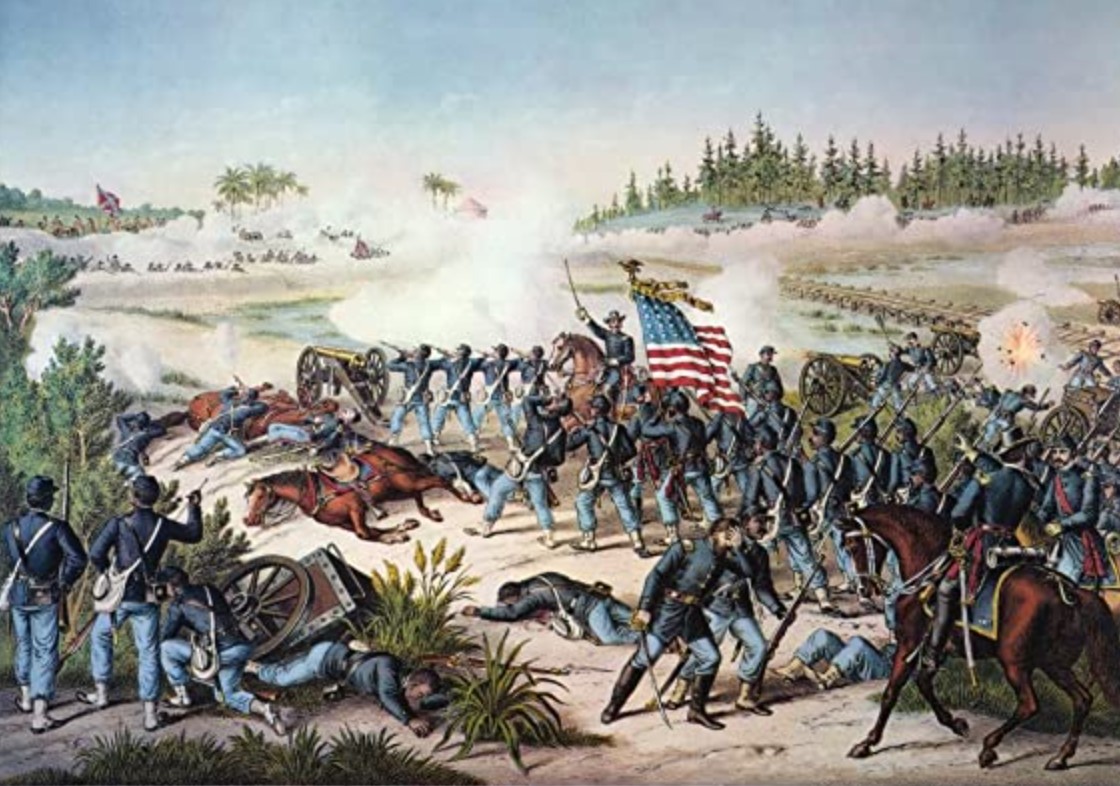 More than 200 Civil War-related battlefields, sites and museums are listed in an 80-page guidebook created by the Florida Division of Historical Resources.

Park commemorates Florida’s largest Civil War battle fought Feb. 20, 1864. Union troops under Gen. Quincy Gillmore, who was hoping to expand Federal control in the state, bumped up against 5,000 Confederates under Gen. Joseph Finegan. Gillmore’s attacks failed and the Union troops retired to Jacksonville where they stayed the rest of the war. The battle is famous in part for the use of large numbers of United States Colored Troops, including the famous 54th Massachusetts of “Glory” fame. A mile-long walking trail highlights the action. Park open daily 8 am–dusk. Interpretive center open daily 9 am–5 pm. Free. Today it is extremely popular that people are doing Civil War Reenactments. They are doing everything so this event looks like a real war with great weapons and uniforms which look like the original one.

This park was the site of the largest Confederate camp in Florida (8,000 troops) and was the site of several skirmishes, including one fought just prior to the February 1864 Battle of Olustee. Trails and boardwalks take visitors through the park and include views of some of the original 1864 breastworks that once protected the camp. A museum and educational center offer artifacts found at the site. Open daily 9 am–5 pm. Free.

Note: The fort is open for self-guided tours 8:30 am–dusk. However, the park road is subject to flooding. Before visiting, call the Road Conditions Hotline, 850-934-2656; check the park website; and/or find other ways to get there.

The largest of several forts built to defend Pensacola Harbor, Pickens gained the national spotlight when area Union troops abandoned other forts in the area and moved to Pickens in January 1861. Things heated up when Confederate authorities maintained that Fort Pickens and Fort Sumter (Charleston Harbor) among other Federal installations, were the property of the new Southern government. Unlike Sumter, Pickens remained in Union hands throughout the war.

Historical marker here describes a “Skirmish on the Blackwater.” Bagdad was the target of frequent Union raids from Pensacola aiming in part to gather building supplies for use in the navy yard there and to threaten the railroad at Pollard, Ala. Confederates met one such expedition here in Oct. 18, 1864, which forced a smaller Union force to withdraw. Union forces returned the next week, routing the Confederates and occupying the town. Civil War history of the area and map of the skirmish at www.bagdadvillage.org.

A pick-up group of Confederate volunteers, boys and invalids fought off a series of Union attacks March 6, 1865, saving the Florida capital city from occupation. Tallahassee was the only Confederate state capital east of the Mississippi not occupied during the war. Park, with interpretive markers and monument is open 8 am–dusk. Annual reenactment first weekend in March. $3/vehicle.

Confederates occupied the area in 1861, taking over the site of a nearly 200-year-old fort built by the Spanish. Southern soldiers constructed earthworks and placed artillery on the ruins of the old fort, renaming it Fort Ward. Soldiers from here participated in the Confederate victory at the Battle of Natural Bridge in March 1865. Fort Ward never was captured by force of arms and was turned over to Federal officials at the end of the war. Remains of the Confederate occupation, including portions of the earthworks, remain and are part of the interpretation of the site’s long history. Open 9 am-5 pm Thursday-Monday. Park is free. $2/museum fee.

Administered by the Museum of Florida History, this building has been in this location since 1845. Exhibits include Civil War material. See museum website for details. Open Monday-Friday 9 am–4:30 pm; Saturday 10 am–4:30 pm; Sunday noon–4:30 pm. Free.

One of a series of forts built in the mid-1800s to defend the coast, Fort Taylor remained in Union hands during the war and served the US Navy’s Gulf Squadron. Civil War armament, exhibits featured as well as good beach access. Fort open 8 am–sundown daily. Guided tours daily. Fee charged. Good Civil War information at www.forttaylor.org.

This isolated fortress is best known for the imprisonment of Dr. Samuel Mudd and other Lincoln assassination conspirators. Open daylight hours. $5/adult entrance fee to fort.