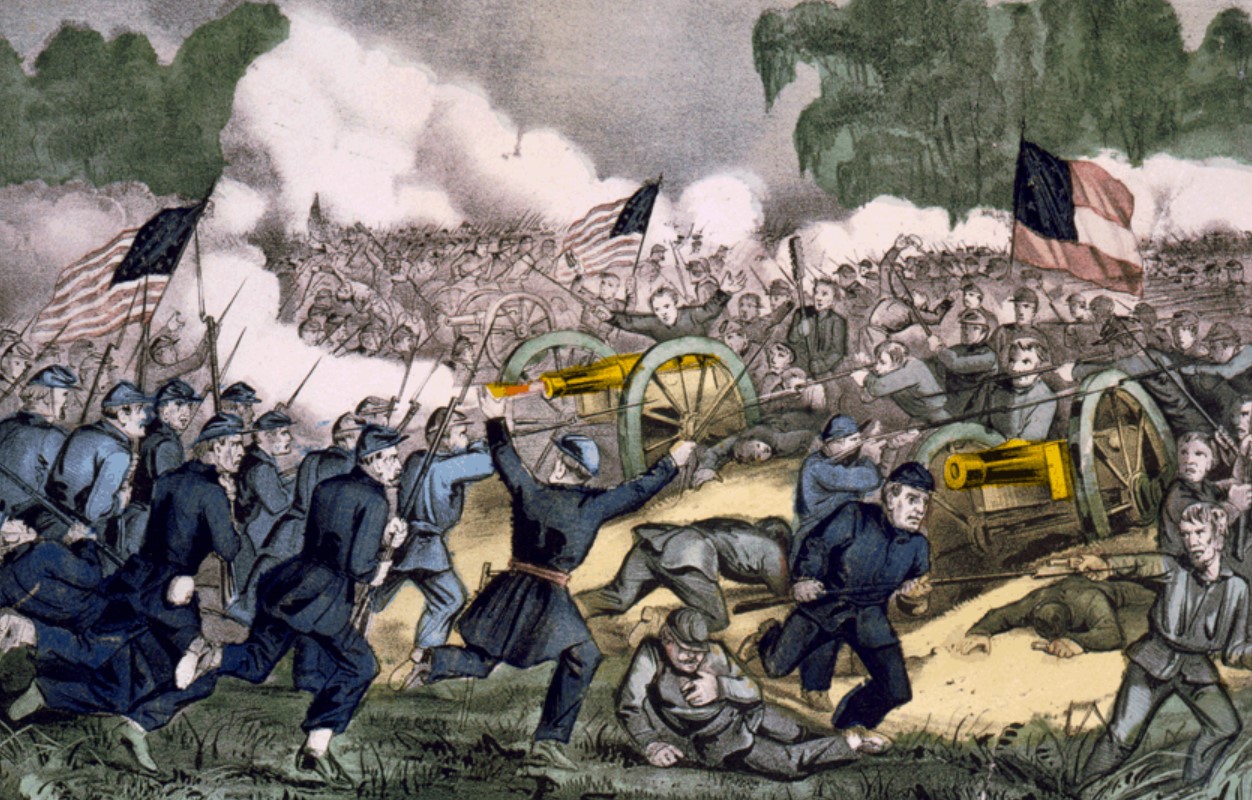 One of the best-known and most studied battlefields in the world is visited by well more than a million people a year, so expect crowds and traffic in the peak season. Many believe the three-day battle here July 1–3, 1863, decided the outcome of the war. This beautiful park offers a driving tour that covers some of the best-known areas of the battlefield including Little Round Top, Cemetery Ridge, Pickett’s Charge and Culp’s Hill. Abraham Lincoln dedicated the National Cemetery here.

One of the best-known and most studied battlefields in the world is visited by well more than a million people a year, so expect crowds and traffic in the peak season. Many believe the three-day battle here July 1–3, 1863, decided the outcome of the war. This beautiful park offers a driving tour that covers some of the best-known areas of the battlefield including Little Round Top, Cemetery Ridge, Pickett’s Charge and Culp’s Hill. Abraham Lincoln dedicated the National Cemetery here.

The visitor center offers free ranger help, a schedule of tours and park maps. A fee is charged for the excellent museum, a film and the famous Gettysburg Cyclorama painting.

This small town, subject of such terror and turmoil in 1863, has become part museum and part amusement park, thanks to its history. Some of the attractions ofthe town are of high quality, some are not. All suit someone’s taste. Many are geared for kids.

A good Gettysburg Civil War Walking Tour brochure and a free town tour app for the iPhone are available from Destination Gettysburg.
Several companies offer guided walking tours of the town. Stop at the town visitor center in the historic railroad station, 35 Carlisle St, or see destinationgettysburg.com for more information.

Located in one of the historic Lutheran Theological Seminary buildings this museum is devoted to the story of the first day of the battle, the site’s use as a hospital and the history of the Seminary. The building is most famous for its role as observation post for Union Gen. John Buford as he tracked the coming Confederate attack from the cupola.
Open daily 10 am–5 pm (March–October). Open Friday–Monday (December–March). Museum only $9/adult; $29/adult with Cupola tour.

The Mary Thompson Home on Seminary Ridge, site of Lee’s headquarters during much of the battle, has been restored to its wartime appearance. The four-acre site includes an interpreted walking trail with signs describing the history of the home, the July 1 action here and other related topics. Free.

Abraham Lincoln was a guest in this house the night before he delivered the Gettysburg Address, dedicating the national cemetery here. Wills’s home was a focal point of the cleanup following the devastation of the 1863 battle. The second-floor “Lincoln” room has been restored, and seven museum galleries describe the town’s recovery following the battle.
Open 10 am–5 pm daily (May–August) Shortened hours and closed Tuesdays spring and fall. See website or call for details. $6.50/adult.

Excellent exhibits connect the fighting in town and the civilian experience with the battlefield. Creative displays highlight each day of the battle and the aftermath. A short audio-visual presentation sets the stage followed by examples of the sights and even the smells of the time. The 1868 home was built on the foundation of the war-time residence of John and Caroline Rupp. The Center is the home base of the Friends of the Parks at Gettysburg. Free, donations welcome. Open weekends May–September.

Tours of the restored 1860 home of George and Henrietta Schriver tell the story of how the family and their neighbors survived the battle. Highlight is a Confederate sniper nest in the attic.

Abraham Lincoln arrived at this 1859 station about 6 pm, Nov. 18. 1863 — the day before he delivered his famous address. Exhibits in the station tell that story and describe the station’s role during and following the battle. The building was among the first hospitals and was a busy place serving the wounded (transporting nearly 15,000) and the town when rail service was restored a week after the fighting ended.

717-334-9722
Civil War Trails sign on the grounds of this early 19th-century building describes a meeting between Confederate Gens. Robert E. Lee and A.P. Hill as they listened to the sounds of a growing battle near Gettysburg. Confederate troops coming from Chambersburg passed by here en route to the battle. The Cashtown Inn is currently a restaurant and bed and breakfast.

Union cavalry arrived in the area the night of June 29. 1863 while feeling for the Confederate army. Union infantry camped in the nearby fields the night after as they marched north toward Gettysburg. Local citizens welcomed the soldiers (about 30,000 passed through town) with cheers and food, lifting the army’s morale.

On July 4-5, 1863, most of the Confederate army retreated from the Gettysburg battlefield through Fairfield. They left sick and wounded soldiers in their wake. Prior to the battle, the town was the stage for a sharp cavalry battle fought July 3 as the much bigger battle raged nearby.

The park and museum commemorate the dramatic July 4-5, 1863 battle fought as Robert E. Lee’s troops, wagon trains and wounded retreated from the Gettysburg battlefield. The battle, fought in a nighttime thunderstorm at this remote South Mountain pass, resulted in the capture of more than 1300 Confederates and the destruction or capture of dozens of wagons.