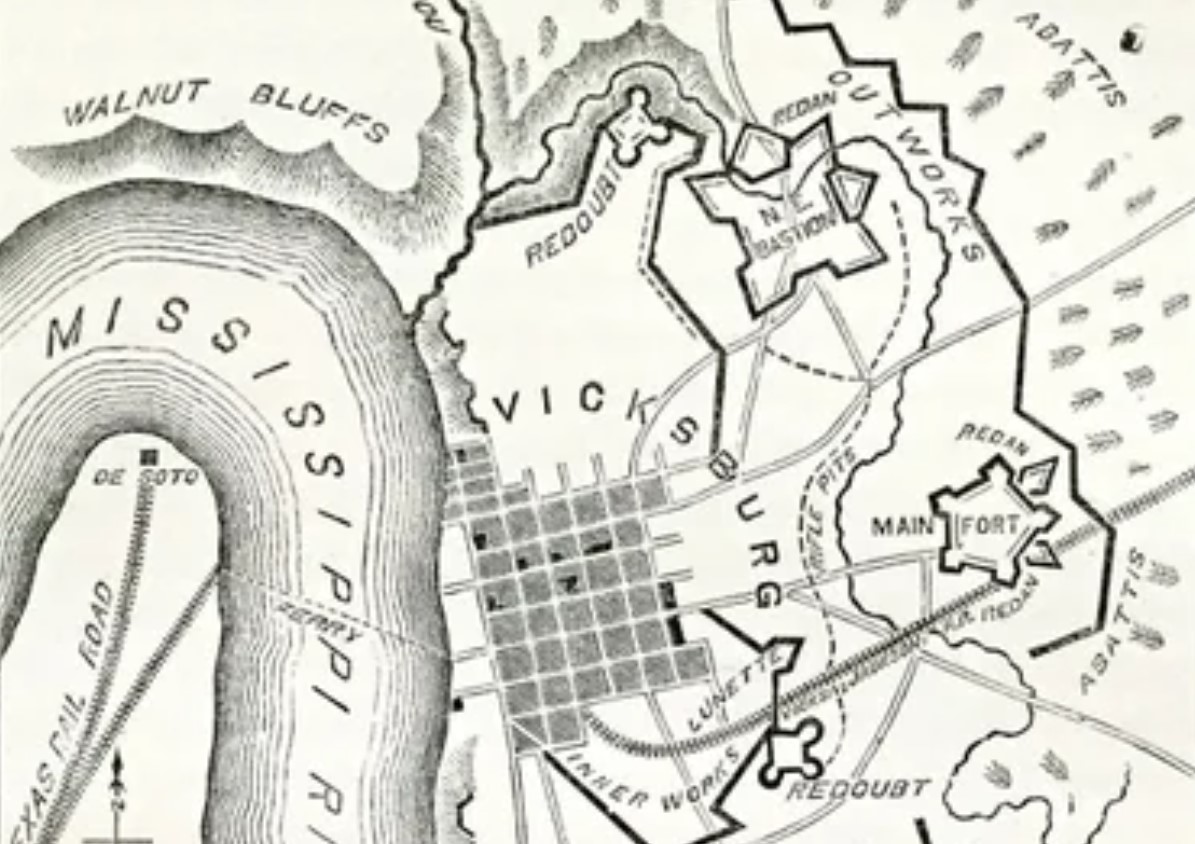 Following the decisive battle at Champion Hill May 16, 1863, Grant approached the well-fortified Confederate positions surrounding Vicksburg itself. Grant ordered two massive assaults on the city, May 19 and 22, both of which were unsuccessful.

Following the bloody failures, Grant settled into a siege. Pemberton in Vicksburg was increasingly isolated as Confederate efforts west of the river failed and it became obvious that Johnston, then gathering strength near Jackson, was not going to be much help.

As time wore on both soldiers and civilians suffered inside the city as periodic shelling caused terror, and food and other supplies grew scarce. Grant continued to put pressure on the Confederate defenders by lengthening his lines. Finally, out of options and finding further resistance futile, Pemberton surrendered his city and army to Grant July 4, 1863. The surrender caused national celebration in the North and shock and sadness in the South.

After Vicksburg, the Mississippi River, as Lincoln said, once again rolled “unvexed to the sea.”

A visitor center, the USS Cairo Museum and Gunboat, and 16 miles of tour road acquaint visitors with the campaign and siege of Vicksburg. The visitor center features a film, exhibits and other information about touring the site. The Cairo Museum houses the restored ironclad sunk by a Confederate during the campaign and an in-depth look at the naval role at Vicksburg.

The driving tour takes visitors to waysides at the various remaining fortifications and other points of interest. Units outside the main park cover other Vicksburg forts — some with river views. And the last remaining section on the Louisiana side, is part of the park.

Union soldiers raised the flag above this 1860 building July 4, 1863, after Vicksburgs fall. Much on the city s Civil War history here including artifacts from the siege and items related to Jefferson Davis with an emphasis on his political career in Mississippi. Open Monday–Saturday 8:30 am–4:30 pm, Sunday 1:30–4:30 pm. $5/adult.

Stop here for an excellent map of downtown Vicksburg showing historic homes including Pembertons Headquarters and the home of diarist Emma Balfour.