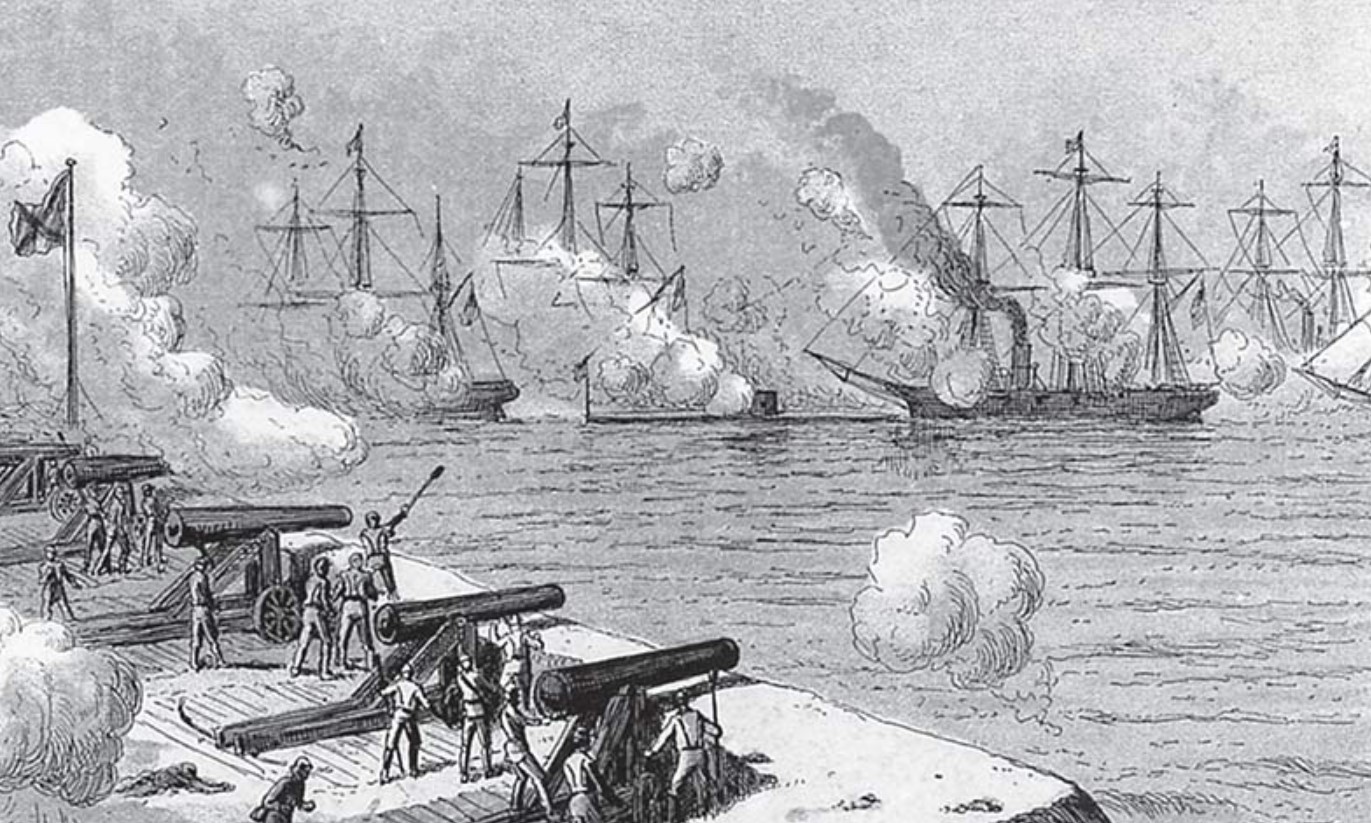 Located between strongly defended Confederate ports at Charleston and Savannah, the Port Royal Sound area was a natural for Federal occupation early in the war. The Union navy required a base to maintain its blockading fleet and the deep-water Port Royal Sound fit the bill perfectly. On Nov. 7, 1861, a large Union flotilla blasted Confederate fortifications at the mouth of the Sound, routing the outgunned defenders. More than 12,000 Union infantry then occupied Hilton Head, the surrounding sea islands, and the small town of Beaufort.

Slaves soon flocked to this new Union beachhead — and to freedom. The influx of thousands of blacks provided challenges for the occupiers and opportunities for the ex-slaves. In what some consider a dry-run for Reconstruction, ”The Port Royal Experiment“ provided educational and other material help for the freedmen. Many of the ex-slaves joined the Union armed forces.

Robert Smalls, born a slave in Beaufort, gained fame by hijacking a Union steamer in Charleston Harbor and delivering it to the Union fleet. Smalls was elected to Congress from Beaufort after the war.

The best place to get oriented to the Civil War history of the Beaufort area is the Parris Island Museum.

The local history wing here offers a nicely done overview of the Civil War history of the entire Port Royal Sound area. Exhibits highlight the November 1861 battle, Union occupation and the rich African-American wartime experience. Maps also outline Union attempts to attack the nearby Savannah-Charleston Railroad, which ultimately remained in Confederate hands until 1865. Pick up a driving tour map of the base, which includes a stop at the far southern tip of the island where visitors get a view of the site of the naval battle. Free. Open 10 am–4:30 pm daily.

Note: You must pass security at the depot gate. Be sure to have driver’s license, registration and insurance card ready.

Pick up a free historic driving tour brochure or choose from a variety of paid tours at the visitor center. Because of its early Union occupation, Beaufort escaped the damage suffered by many other South Carolina towns. Dozens of classic antebellum homes and other structures survive in the historic districts. Many were used as Union hospitals and/or were occupied by Federal officers when the local owners fled.

Rebuilt in 1852 at the site of the original 1799 structure, this martial-style building was the heart of Beaufort secession activity before the war. The Beaufort Museum now occupies the second floor. Museum is open Monday–Saturday 11 am–5 pm. $3/adult.
Note: Site is currently closed for renovation.

Converted to a Union hospital late in the war (it’s said that some of the flat tombstones were used for operating tables), St. Helena’s was one of the centers of life during the Union occupation. Tours of the church are offered during business hours.

Robert Smalls was born a slave in an outbuilding, then later owned this 1834 home. A Union hero during the war for capturing a Confederate steamer at Charleston, Smalls became a legislator and a prominent Beaufort figure.

The 1813 house was the home of ardent secessionist Edmund Rhett and also was used as a Union officers’ quarters. A marker inaccurately suggests that an early meeting favoring secession was held here in 1860.

Among the 33-acre cemetery’s Civil War burials are the dead from the Battery Wagner/Morris Island Campaign (Charleston area) including those from the 54th Massachusetts immortalized in the movie “Glory.” Open 8 am–sunset; office open 8 am–4:30 pm weekdays.

The best (and sometimes only) way to explore the Civil War resources of the island is to book one of the history tours offered by the museum. For a schedule of Civil War history talks and tours see the museum’s website. The tours do not run continuously and are offered only certain days a week. Call ahead for details and reservations. The museum itself is open year round, Monday–Saturday 9 am–4:30 pm; Sunday 11 am–3 pm.