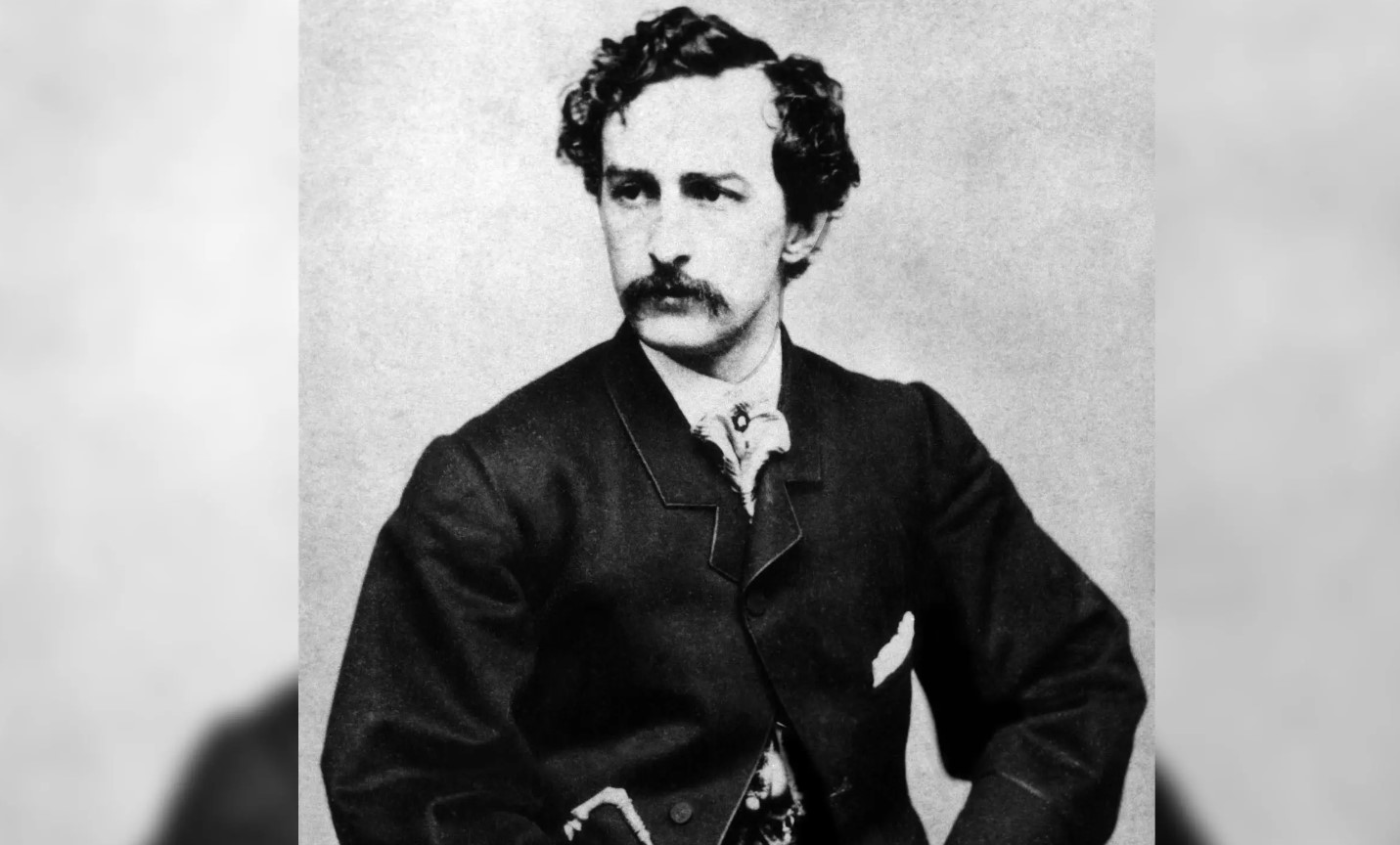 After shooting President Abraham Lincoln at Ford’s Theatre April 14, 1865, John Wilkes Booth fled across the Potomac River into Maryland, then headed toward Virginia.

His leg broken in a fall at the theater, Booth met up with accomplice David Herold before stopping at the Surratt House and Tavern for supplies and guns stashed there earlier. Booth waited outside. About 4 am April 15, Booth and Herold stopped at the farmhouse of Dr. Samuel A. Mudd, who splinted the assassin’s leg.

Union soldiers filled the roads in the area the next day, searching for Booth and his companion. Booth and Herold holed up after leaving Mudd, managing to cross the Potomac River into Virginia more than a week later.

On April 24, Booth crossed the Rappahannock River to Port Royal, Va., then rode to the Garrett Farm a few miles away. Booth remained there while others in his tiny party went into nearby Bowling Green. Willie Jett, one of Booth’s fellow travelers, checked into the Star Hotel there.

The manhunt was getting close. Pursuers caught up with Jett in Bowling Green, who then led them to the Garrett farm and Booth. In the early morning hours of April 26, two weeks after the assassination, Union cavalry surrounded a tobacco barn where Booth was sleeping. They set fire to the barn. Booth was shot while trying to escape the flames. He died on the Garrett front porch.

logoIt’s now possible to follow an interpreted driving tour along Booth’s escape route from Ford’s Theatre in Washington DC (April 14, 1865) to the location of his capture and death in Virginia 12 days later. The tour basically follows Route 5 out of Washington into Maryland then joins US 301 South into Virginia. Nine Civil War Trails signs mark significant stops on the route.

The signs complement established museums at Ford’s Theatre and the Peterson House in Washington DC and the Surratt House and Tavern and Mudd House in Maryland. A full-color map/tour brochure is available covering the escape route tour and Civil War sites located in Maryland’s Chesapeake Bay region. Periodic “Escape Route” bus tours are offered. For more information about the tours, contact the Surratt Society, 301-868-1122.

511 10th St. NW – President Abraham Lincoln was shot at Ford’s Theatre April 14, 1865. He died early the next day at the Peterson House across the street. The theater, still active, has been restored and is open for self-guided tours. National Park Service ranger talks are scheduled at 15 minutes past the hour between 9 am and 5 pm. A museum contains artifacts relating to assassination. Watch out for large groups of school kids in the mornings during the spring and early summer. Waits can last up to an hour. Theater is sometimes closed for matinee performances and rehearsals, most often on Thursdays and Sundays. Museum continues open during those times. Call first. The Peterson House is directly across the street from the theater. See restored rooms where Mary Lincoln waited, the cabinet met and Lincoln died. This tour goes quickly and is self-guided. All free. Open 9 am-5 pm. 202-426-6924.

9118 Brandywine Road, Clinton MD 20735 – John Wilkes Booth and David Herold stopped here briefly the night of the Lincoln assassination to retrieve guns and supplies stashed earlier. The debate rages still about the involvement of Mary Surratt, who ran a boarding house in Washington at the time. She was hanged for her supposed role in the plot. Guided tours of the house and tavern feature the life in a 19th-century tavern. The visitor center is full of assassination material and features good interpretation of the Booth escape route. Gift shop. Open 11 am-3 pm Wednesday-Friday, noon-4 pm Saturday/Sunday. $5/adult. Civil War Trails sign on site. 301-868-1121.

From Route 5 in Waldorf, take Route 205, then Poplar Hill Road to Dr. Samuel Mudd Road – John Wilkes Booth stopped here April 15 for medical care. Unaware of the Lincoln assassination the night before, Dr. Mudd set a splint on Booth’s broken leg and let him rest in his home for eight hours. Dr. Mudd was later tried and imprisoned. He and his family have always maintained his innocence. House and countryside little changed. The museum and gift shop in the house are open the first weekend in April to late November on Wednesday and Saturday 11 am–4 pm and Sunday noon–4 pm. $7 adult admission. Civil War Trails sign on site. 301-274-9358.

Civil War Trails sign south of Route 5 (turn onto Oliver Shop Road then right on Trotter Road to tavern) – Union pursuers made this 1815 tavern their headquarters the morning after the assassination. Unknown to them, Booth was being treated at the home of Dr. Mudd about 4 miles north at the time. Mudd later was brought here for questioning.

Civil War Trails sign on Oliver’s Shop Road, south of Route 5 – Dr. Samuel A. Mudd and family are buried in this cemetery. Booth and Dr. Mudd met here for the first time in November 1864, four months before Booth arrived at Mudd’s home with his injured leg.

Civil War Trails “gateway” sign 1/4-mile south of Route 6 east of US 301 – Interpretive sign to come will describe Union cavalry in pursuit of Booth. The troops came through here on their pursuit.

Civil War Trails sign Belalton Newton Road south of Route 6 – After leaving the Mudd home, Booth and David Herold avoided Zekiah Swamp and Bryantown arriving here, the home of Samuel Cox on April 16. After a brief stay, the pair were concealed in a nearby pine thickett.

Civil War Trails sign on Belalton Road south of Rich Hill sign – Booth and Herold spent several days in this area concealed in the trees, waiting for an opportunity to cross the Potomac River into Virginia. They were helped by members of the Confederate underground who provided them with food and newspapers. Booth discovered here that his act was almost universally condemned.

Civil War Trails sign at the river on Pope’s Creek Road south of Route 301 – Booth and Herold, helped by a local guide, arrived at the Potomac River April 20. Their attempt that night to cross here did not succeed. They became disoriented and ended up on the Maryland side a short distance west of here. The conspirators succeed in crossing into Virgnia the next night.

Civil War Trails sign located at Caroline and King streets, east of US 301 – Booth and a small party stopped at the Brockenbrough-Peyton House April 24. They were turned away after spending a brief time in the parlor. Booth then continued south to the Garrett Farm.

Nothing is left of the Garrett Farm where Booth died early on April 26. The site is now the right-of-way of U.S. 301 about 3 miles south of Port Royal. A state historical marker stands very near the site on the northbound lanes of the highway near milepost 122.

Civil War Trails sign at the Caroline County Courthouse – One of Booth’s companions was captured by Federal patrols at the Star Hotel here (no longer standing). He led them to the Garrett Farm.