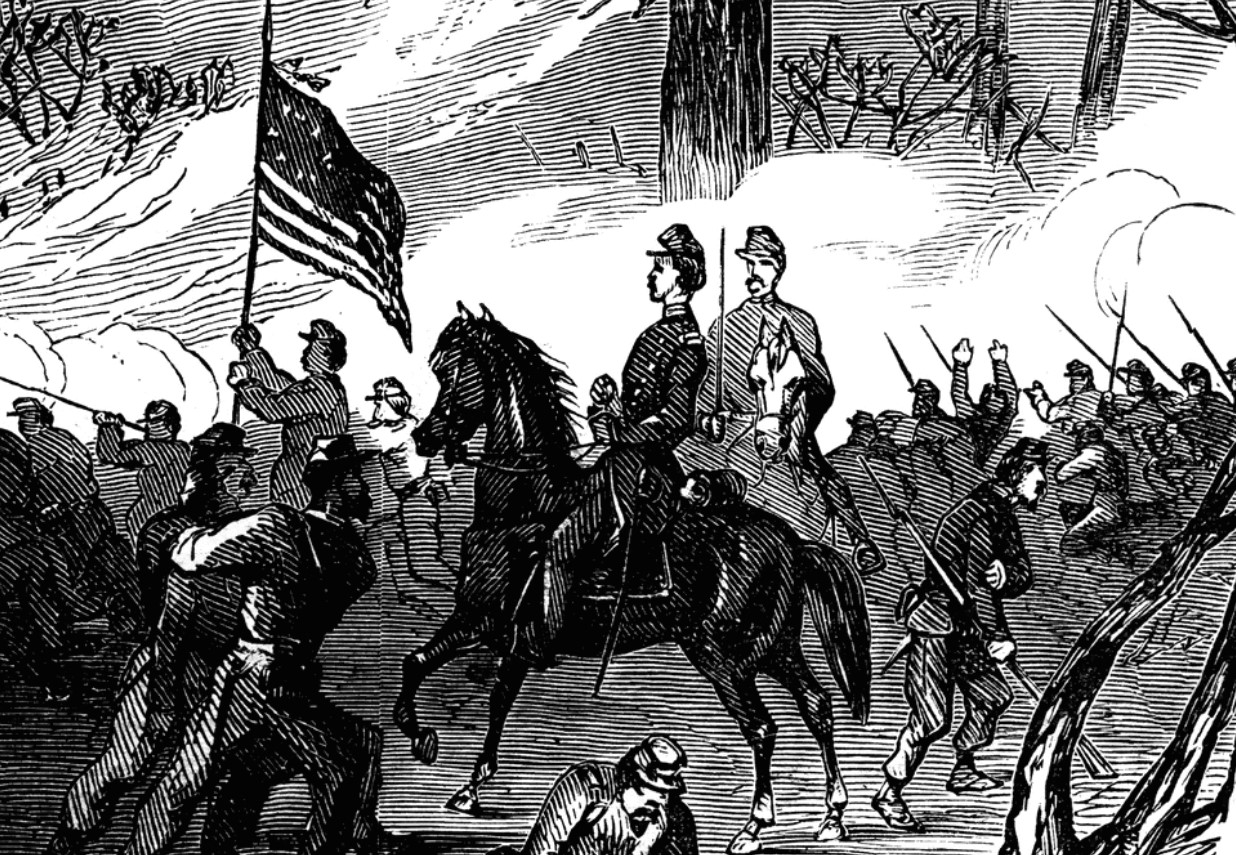 The Civil War began early and nasty in Missouri. By the time the first guns were fired in Charleston SC, the state had endured for years a tough and brutal border war as Missouri residents battled over the status of statehood in Kansas.

Free soilers and pro-slavery men slid back and forth across the border as raid followed raid. The tumult gave cover for some on both sides to operate at the edge of lawlessness, bringing tension and panic to the region.

When it came time to decide whether Missouri would join the Confederacy, the fault lines between north and south ran deeply across the state.

Attempts to establish a pro-slavery Confederate state were broken up violently in St. Louis. Growing armies on both sides engaged in sharp battles throughout Missouri as families and towns split over the issue.

Wilson’s Creek, a Confederate victory near Springfield in August 1861, gave the nation one of its first tastes of large-scale fighting but settled nothing. Despite the win, Confederate military forces found they could not sustain themselves in the state. After the Battle of Pea Ridge in northern Arkansas (March 1862), a large Confederate army never again gained a serious foothold in the state.

But the fighting went on. Guerilla warfare raged in parts of the state, making names for “Bloody Bill” Anderson, William Quantrill, the James brothers and many more. Both sides committed atrocities.

To combat the lawlessness that was tying up Union troops, the Federal command in Missouri issued orders to arrest those giving aid and comfort to the guerillas. On Aug. 13, a Kansas City jail holding women and children arrested under that order collapsed, killing five women. The event is said to have led to Quantrill’s infamous, murderous raid on Lawrence, Kansas, which in turn led to Order No. 11, which virtually depopulated far-western Missouri.

In a last-ditch effort to win back the state, Confederate Gen. Sterling Price launched a major raid in the fall of 1864. It, like other Confederate attempts, failed.

The war in Missouri left hard feelings on both sides — many of which exist to this day.