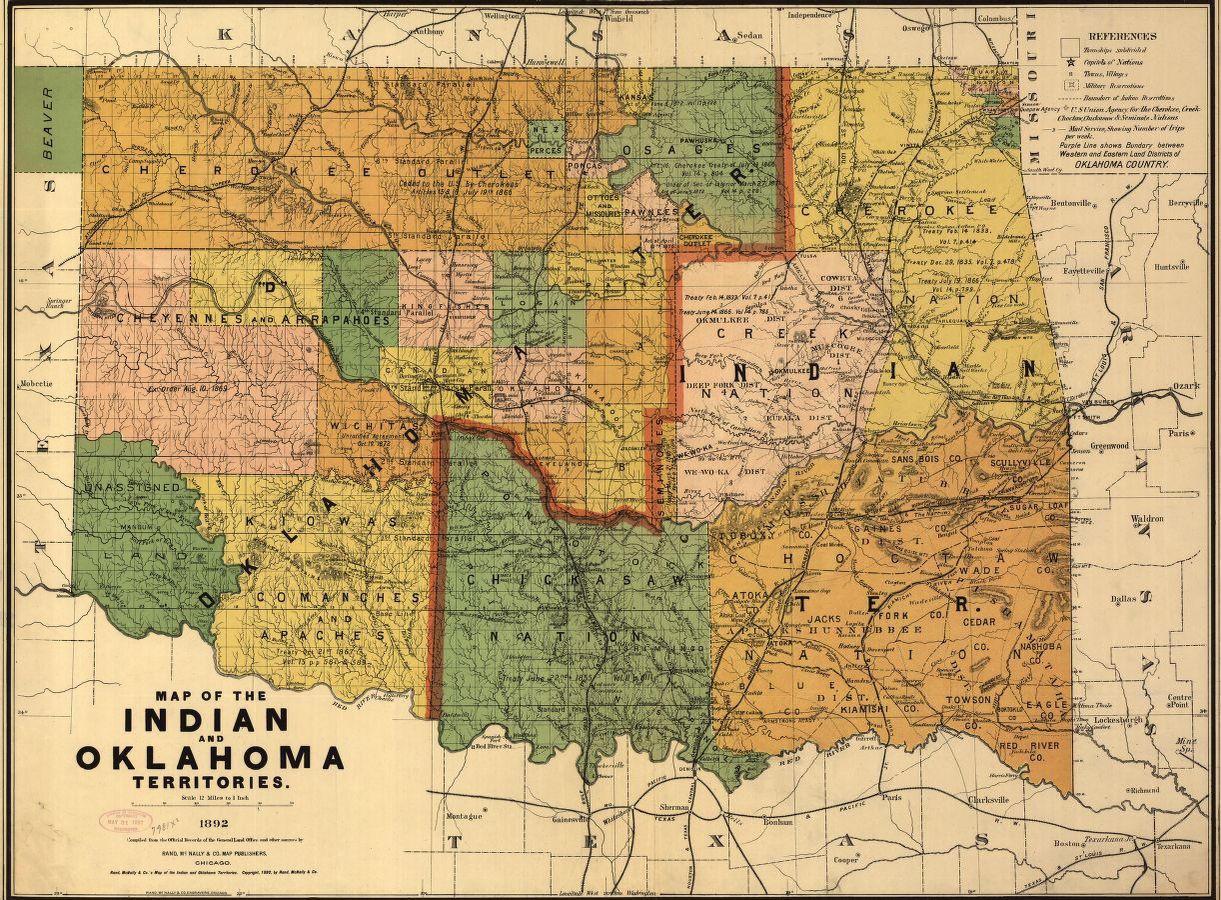 Civil War came early in Indian Territory (present-day Oklahoma). Disputes within the Cherokee Nation, which had been “removed” from the tribe’s Eastern land in the 1830s, fractured the tribe into warring factions well before 1860. Other tribes also were suffering from internal friction. Slavery was not an issue, however, since many prosperous Indian families on all sides of the disputes owned slaves.

When the Civil War came to the rest of the country and the Southern states began seceding, the Confederate States of America exploited the fractures within the tribes and multiple broken promises of the Federal government, signing treaties with sympathetic Indian leaders. Others in the tribes cast their lot with the Union government.

Meanwhile, militias sympathetic to the Confederacy occupied frontier forts, putting much of the Territory under Southern influence. 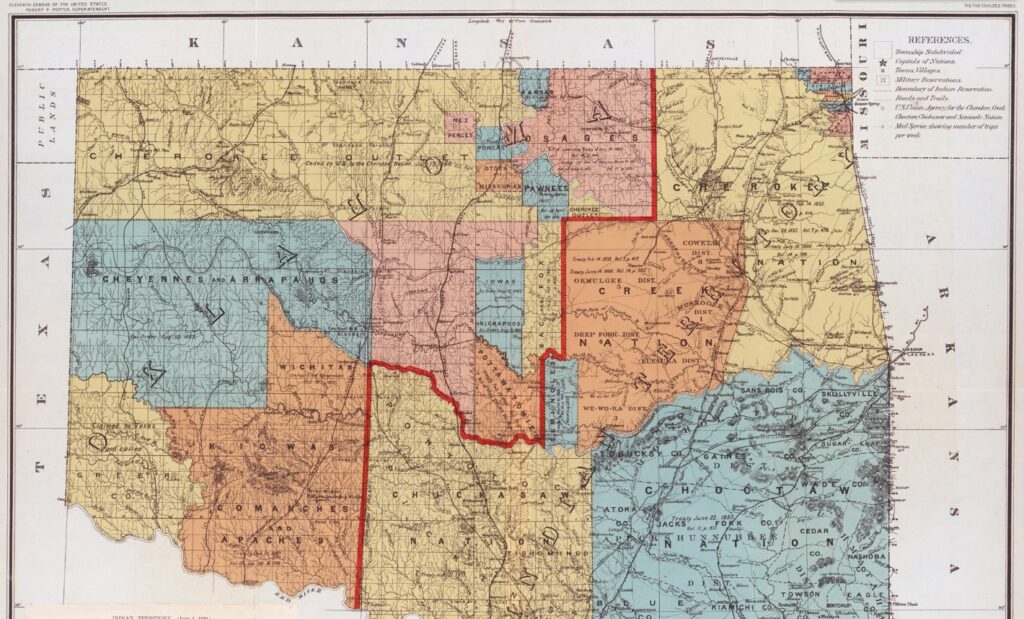 Indians supporting the Confederacy organized under several leaders, including Stand Watie, leaving their home turf briefly to fight at Pea Ridge in Arkansas in early 1862.

Indian Territory quickly became a Confederate-controlled backwater as fighting heated up east of the Mississippi River. By mid-1863, though, Union soldiers had reoccupied Forts Gibson and Smith and resumed military operations. Raids on the forts’ supply lines bedeviled the Federals but the Union forces, augmented by black troops, hung on to their tenuous bases and continued raids of their own.

In July 1863, Union soldiers — black, white and Indian — marched out of Fort Gibson to attack a Confederate stronghold at Honey Springs on the Texas Road. The battle that resulted, July 17, 1863, was a decisive Union victory and was the end of any real organized Confederate military activity in the Territory.

Yet Watie and his Indian troops held on, raiding supply lines when they saw opportunities.

Too far removed from the Civil War’s final death throes in the East, it took time for Watie to learn of Confederate capitulations. On June 23, 1865, more than three months after Lee’s army stacked arms at Appomattox, Watie became the last Confederate general to surrender.