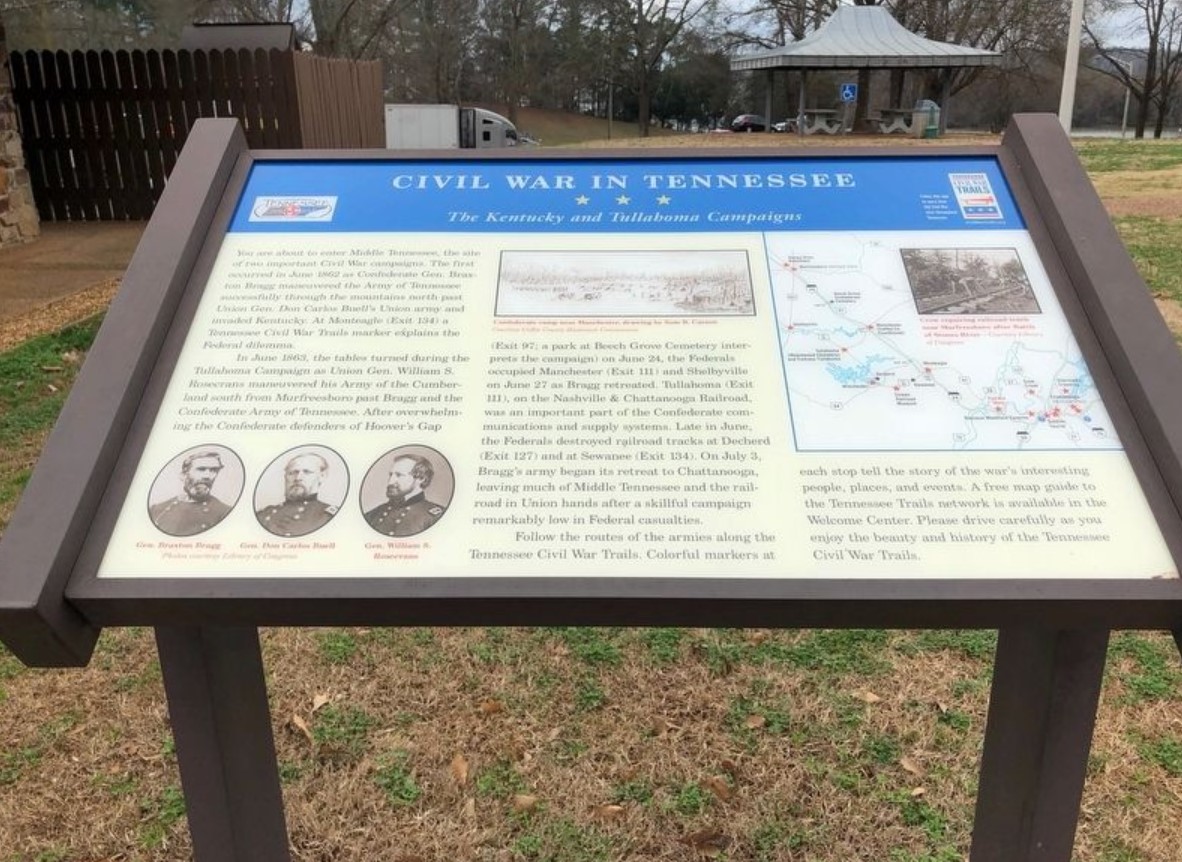 The Tennessee Civil War Trails program began with installation of interpretive signs in the Franklin area and in Blountville. More than a dozen signs in Columbia and Franklin outline a critical phase of Confederate Gen. John B. Hood’s 1864 campaign to regain control of the state.