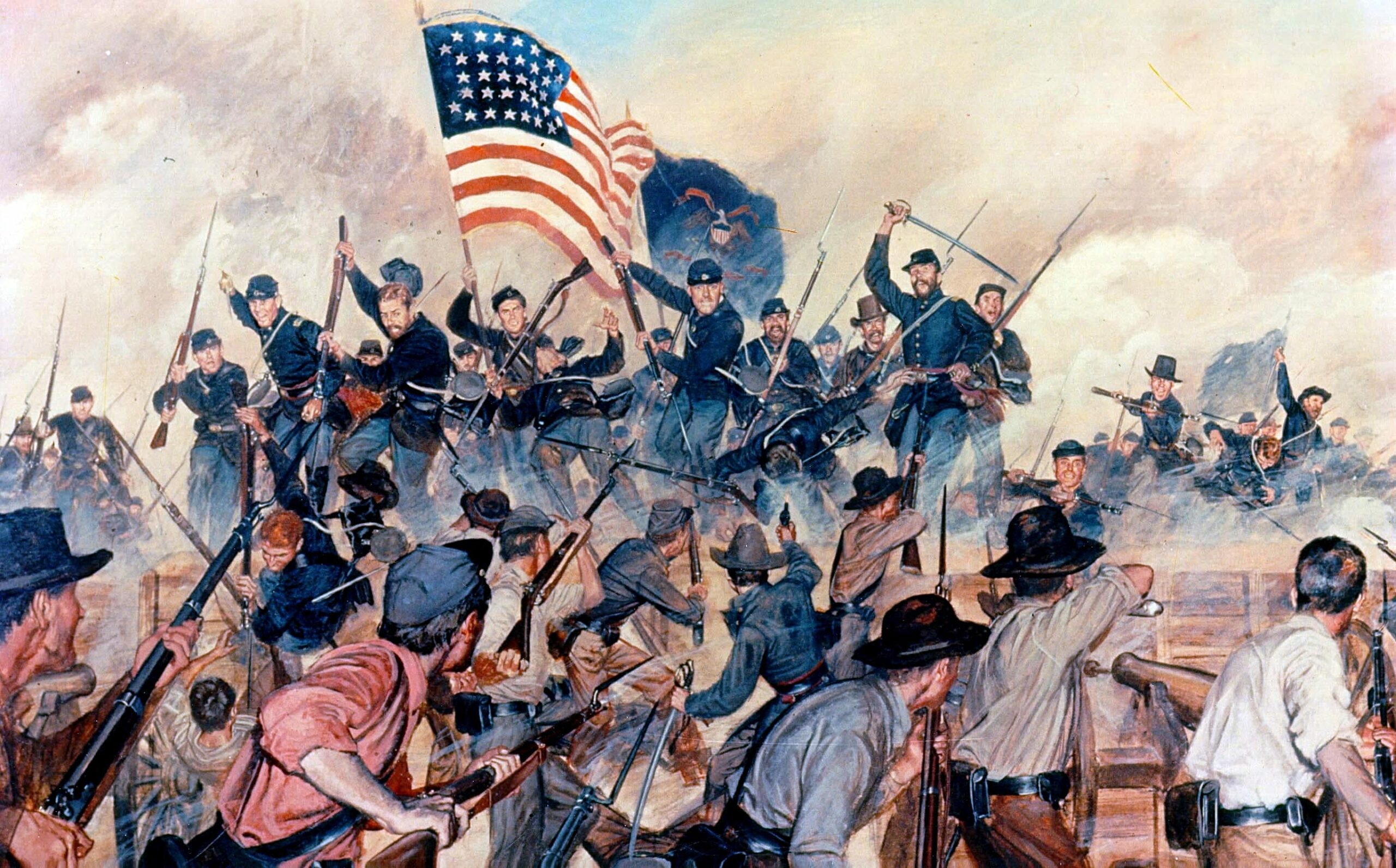 Here are the sites associated with the June 1864 Wilson-Kautz Raid Trail. Each is interpreted with a Virginia Civil War Trails sign. 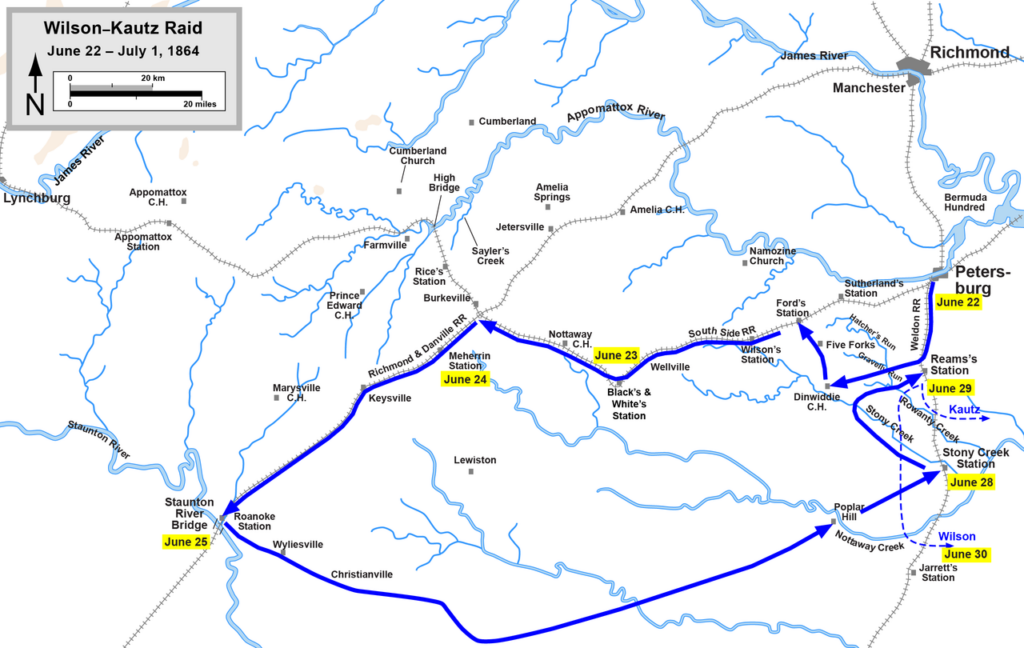 Reams Station – Station burned by Wilson-Kautz raiders on June 22, 1864. During the expedition’s return to Petersburg on June 28, a 10-hour skirmish ensued nearby between the Federal raiders and Confederate Gen. William. Mahone’s forces.

Five Forks – The raiders passed here on their initial movement toward the South Side Railroad. Here, Gen. Wilson learned of the Confederate attack on his rear guard at Dinwiddie Court House.

Ford’s Depot – The Wilson-Kautz raiders reached this point at sundown on June 22 and destroyed two trains and military supplies.

Burkeville Junction – This junction of the South Side Railroad and Richmond & Danville Railroad was a key objective of the Wilson-Kautz Raid.

Charlotte Court House – After destroying railroad facilities at Burkeville Junction, Meherrin Station and Keysville, fears of local citizens were eased when the detachment burned no buildings.

Wylliesburgh – Site of the expedition’s first pause following the Battle of Staunton River Bridge. From this point on, the Federal raiders were in a race to safety.

St. John’s Church – Communion set from the church was stolen by the raiders and recovered days later at Reams Station.

Halifax – Men and boys from Halifax mustered here prior to the Battle of Staunton River Bridge.

Halifax – Men and boys from Halifax mustered here prior to the Battle of Staunton River Bridge.